It’s been a difficult decision to choose one favourite for this piece. I have reduced my choices down to a few works in which the imagery was haunting, the subtext was fairly boundless and those which always make me think about painting and content.

I thought about the James Cowie paintings that I love for their powerful drawing and luminosity as well as their mysterious subject matter (Two Schoolgirls, 1934-35 and A Portrait Group, c.1940). I thought about the strangeness of Edward Baird uniquely composed painting Unidentified Aircraft (over Montrose), 1942, with its disturbing connotations.

In the end, I chose Ken Currie's Three Oncologists, 2002. I find this a very powerful painting and a hugely original 'portrait', which works on many levels and asks more questions of me and my response to it.

More than half of us will have close encounters with oncologists in our lives and many more of us will be involved peripherally. We want to trust these specialists but we are fearful of their procedures; we give ourselves over to them allowing ourselves to be irradiated, poisoned and mutilated on their advice; they act not only “according to the science “ but kindly and gently; they involve and at the same time distance themselves from us while they count out our days in months, years, remissions... Who are these men and women who treat us at critical junctions in our lives?

Three Oncologists is a painting which raises every one of these concerns. It is interesting to think that these are 'portraits' of people unlikely ever to be intimately known to us, apart from within their medical persona. They are rendered distant, untouchable. I don’t think likeness was anywhere on Ken Currie's agenda, it seems to me he was onto a different search about how to portray a life changing drama. It’s fascinating to learn that he made lifemasks of the three protagonists to reference when painting them. There is a distancing of personality going on here, an emphasis on 'role' rather than normal human contact, the same distancing that oncologists have to make with balancing emotional empathetic connection with their patients and the calculated rational of scientific procedure.

There is another layer in this painting... the iconography of mystery and ritual which the figures share make them almost priest-like; they glow against the unfathomable space. Their knowledge keeps them apart from us, a little like mediaeval monks who, being literate, had access to libraries containing the amassed learning of their world.

There is a visual metaphor connecting the idea of Theatre with the image depicted.... dark curtains engulfing the medical operating theatre. I think there is a greater comparison with references throughout art history in which curtains, which are used to reveal, hide, expose and set apart (Piero della Francesca's Madonna del Parto, Rembrandt 's Woman in Bed, Vermeer's Music Lesson and countless births, annunciations and entombments). In this painting the curtains hide us from something beyond... our fear of the unknown, of oblivion or the suggestion, by way of bloodied hands, of sacrifice.

In visual terms this monumental work darkly contains the glowing, slightly iridescent figures forever engaged in their work. Of course, in the end the painting is a vehicle for what we bring to it... our responses overlay those of the artist. We continue to meet the eyes of the oncologists, and we continue to ask questions. I like paintings that make me think.

Ken Currie (b. 1960) was born in North Shields, Northumberland, to Scottish parents. After studying social sciences in Scotland he trained as a painter at Glasgow School of Art from 1978 to 1983, graduating as part of the generation of the 'New Glasgow Boys'. Currie soon achieved prominence as a result of his assertive and graphic images of working-class life. A thoughtful political artist, he sought in his early work to highlight the plights of communities that were seen as the victims of industrial and urban decay. In 1987, Currie completed a powerful series of large scale History paintings for the People’s Palace in Glasgow, commemorating the massacre of the Calton Weavers.

More recently, Currie's work has addressed the horrors of the contemporary world, without shying away from their brutality or grotesque nature. In this way, Currie is renowned for his unsettling portrayal of the human figure. Currie has exhibited widely internationally, including a 2013 solo exhibition at the Scottish National Portrait Gallery which also commissioned his painting Three Oncologists. See work by Currie in the Fleming Collection here.

Victoria Crowe OBE DHC FRSE MA RSA RSW (b. 1945) studied at Kingston School of Art from 1961–65 and at the Royal College of Art, London, from 1965–68. At her postgraduate show, she was invited by Sir Robin Philipson to teach at Edinburgh College of Art. For thirty years she worked as a part-time lecturer in the School of Drawing and Painting while developing her own artistic practice. In 2000, her exhibition A Shepherd’s Life, consisting of work selected from the 1970s and 80s, was one of the National Galleries of Scotland’s Millennium exhibitions. The exhibition toured Scotland and was re-gathered in 2009 for a three-month exhibition at the Fleming Collection, London.

Crowe was awarded an OBE for Services to Art in 2004 and, from 2004–07, she was a Senior Visiting Scholar at St Catharine’s College, Cambridge. In 2009, she received an Honorary Degree from The University of Aberdeen and, in 2010, was elected a Fellow of the Royal Society of Edinburgh. A major review of her portrait work, 'Beyond Likeness' was held at Scottish National Portrait Gallery in 2018, and in 2019 a lifetime Retrospective, '50 years of Painting’ was shown at Edinburgh City Art Centre. Her work is held in numerous public and private collections worldwide (including in the Fleming Collection). She lives and works in West Linton, Edinburgh, and Venice.

Victoria Crowe's work was recently on display in the contemplative exhibition 'Another Time, Another Place' at the Scottish Gallery, Edinburgh, which can now be explored online. 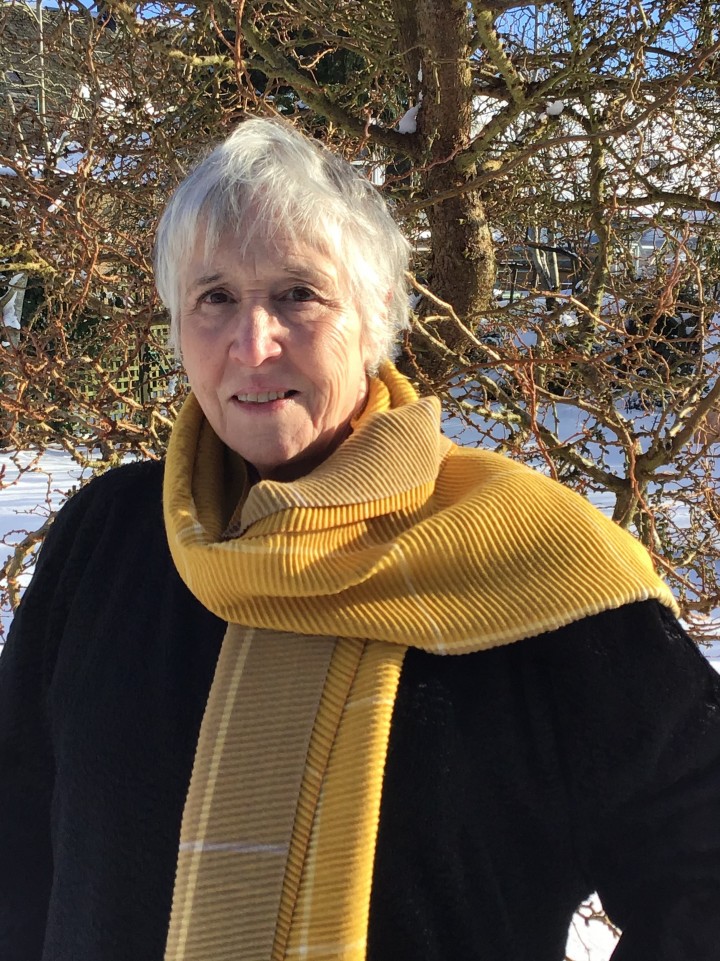