A twentieth century Scottish painting which I particularly admire is Celebration of Earth, Air, Fire and Water, by William Johnstone. Dating from 1974, it is an abstract landscape in which the only hint of geography lies in an implied horizon. Johnstone was deeply concerned with the nature of place and also with the nature of painting itself.

I remember talking about Celebration of Earth, Air, Fire and Water during a lecture at the Pier Arts Centre in Stromness in 1994; at the end of my talk a welcome comment came from the back: ‘I liked what you were saying about that artist’s place‐paint’. And, of course, that summed up what I had been trying to say: ‘place‐paint’ – the painting of place and, at the same time, the placing of paint. All in balance. Sometimes you need a poet to craft such words and the poet in question was Seamus Heaney, whose readings were a key feature of Orkney’s St Magnus Festival that year. Heaney’s simple formulation ‘place‐paint’ has illuminated William Johnstone’s work for me ever since.

Prof. Murdo Macdonald FRSA HRSA is author of 'Scottish Art' in Thames and Hudson’s World of Art series (2000, new edition 2021 of which more can be read about here) and 'Patrick Geddes’s Intellectual Origins' (Edinburgh University Press, 2020). He is a former editor of the Edinburgh Review. Current projects include a chapter on Robert Burns and visual art for the Oxford Companion to Robert Burns. He is an honorary member of the Royal Scottish Academy and an honorary fellow of the Association for Scottish Literary Studies. He is professor emeritus of the history of Scottish art at the University of Dundee. 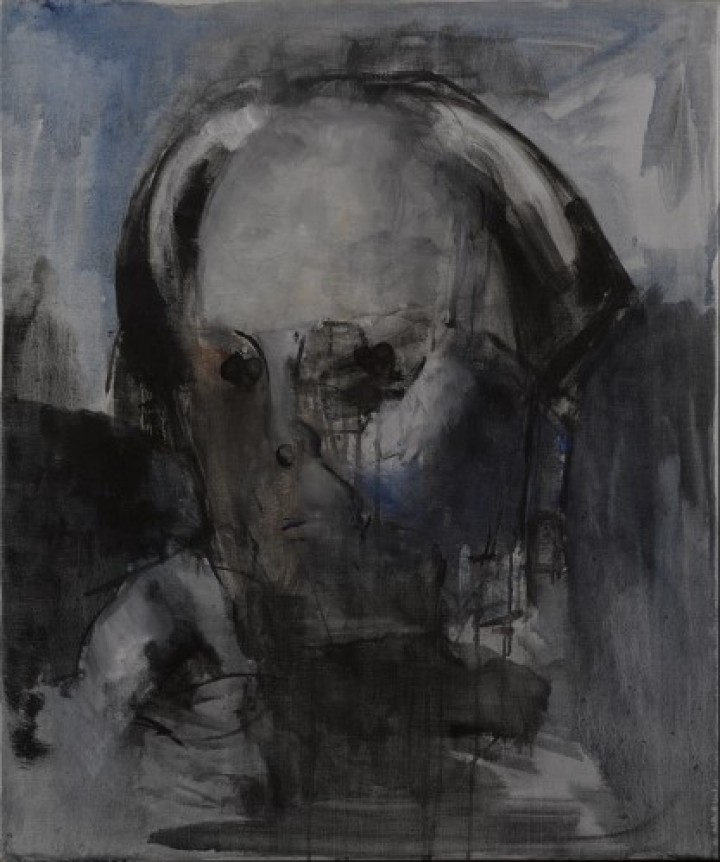 William Johnstone (1897-1987) was born at Denholm, near Hawick, Roxburghshire. He attended Edinburgh College of Art from 1919 to 1923, and in 1925 a travelling scholarship enabled him to study under André Lhote in Paris. Soon after, Johnstone spent about a year in California and a few years teaching art in Scotland before moving to London in 1931. He became the Principal of Central School of Arts and Crafts in 1947, retiring in 1960.

Johnstone was an inspired and influential teacher and writer on art. His paintings proved him to be one of the most original artists of his generation. His work is almost wholly abstract, although much of it has a basis in landscape. Early in his career he developed a form of surrealistic abstraction, which later led on to a gestural expressionism. His oil painting Celebration of Earth, Air, Fire and Water, was inspired by springtime growth and rebirth and exudes this sort of positive energy and life. It was made by pouring paint onto the canvas, radiating from a circular shape at the centre of the canvas.