Simon Starling, ‘At Twilight’, Exhibition at The Common Guild, Glasgow, 2 July – 4 September 2016. Commissioned by The Common Guild in collaboration with the Japan Society, New York. Courtesy of the artist and The Modern Institute/Toby Webster Ltd, Glasgow. Photographs by Ruth Clark.

We are incredibly lucky to be living through a time when Scotland is world renowned as a centre for contemporary art. I was lucky enough to see At Twilight, Simon Starling’s collaboration with Graham Eatough, performed at Holmwood House.

Like all the art I really love I can’t quite articulate why it moved me so much. It may be the subject: W. B. Yeats and his young secretary, Ezra Pound, spent a period at Stone Cottage where A. A. Milne would later set Winnie the Pooh. It was during the First World War. They were translating a Japanese play about a master and his young follower. Or it might've been that I identify with W. B. Yeats’ age and his ambivalent relationship with Ezra Pound, a younger, hungry artist. It might have been that the performance of the atmosphere of the time, a hanging moment during the Great War, felt more authentic because it was oblique. Or it might have been that I was wondering who was the model for A. A. Milne’s Stone Cottage Eeyore: Yeats or Pound?

I saw the exhibition of masks at the Common Guild as well and really enjoyed the minimal way in which Starling referenced the contemporary art scene in Europe during that time period. The performance and the whole project had such depth and texture that I often think about it years later. 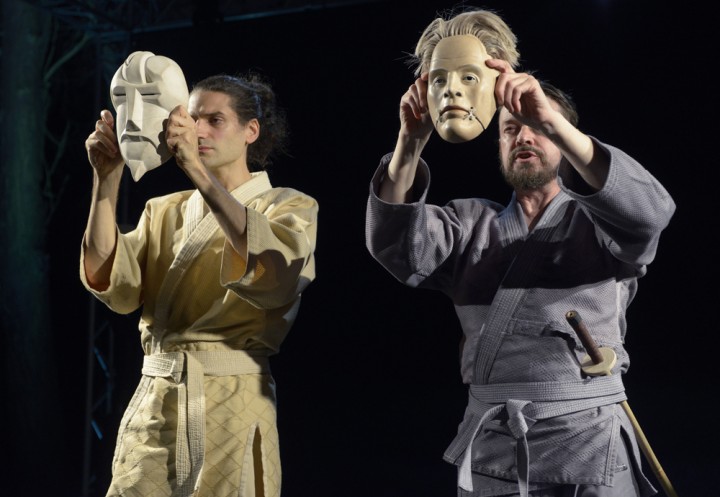 Denise Mina (B. 1966) is a Scottish crime writer and playwright. Mina was born in East Kilbride but spent her childhood moving substantially due to her father’s engineering career, including to Glasgow, Paris, Bergen and Perth. After leaving school at sixteen and working in a variety of temporary jobs, Mina studied at night school to gain a place at Glasgow University Law School.

A few years and much study later, Mina undertook a PhD at Strathclyde University, teaching criminology and criminal law concurrently. It was then that the writer penned her first novel. This was Garnethill, published in 1998, which won the Crime Writers Association John Creasy Dagger for Best First Crime Novel. Since then she has published a further 13 novels and a number of short stories, plays and graphic novels, and also presented TV and radio programmes. Her latest TV appearance was alongside Frank Skinner on Sky Art’s Boswell and Johnson’s Scottish Road Trip. Her most recent crime novel, The Less Dead, published August 2020, was acclaimed by fellow crime writer, Ian Rankin, who wrote that Denise Mina: “pushes the crime novel in new and exciting directions and never fails to deliver”. 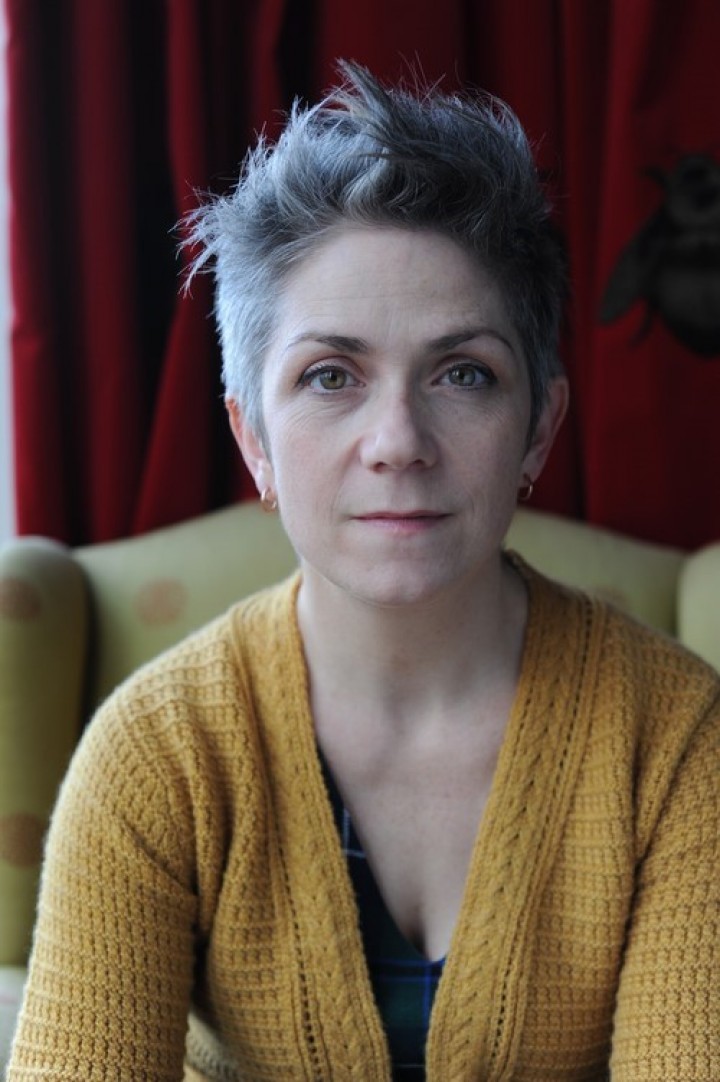 Simon Starling (b. 1967) was born in Epsom, Surrey and studied art at Trent Polytechnic before taking his MFA at Glasgow School of Art from 1990-1992. His immediate contemporaries included Douglas Gordon, Martin Boyce and Christine Barclay, placing him at the heart of the radical group of Glasgow based artists who attracted international acclaim as conceptual artists, film makers, sculptors and painters. The critic and guru, Hans Ulrich Obrist, hailed their collective achievement as ‘the Glasgow Miracle’.

From 1993-96 Starling was a member of Glasgow’s influential Transmission Gallery, which had been founded by GSA graduates in 1983 in response to the lack of opportunities open to them in the art and museum worlds. It was to prove the launch pad for the careers of Starling and his contemporaries and successors, many of whom went on to be shortlisted for the Turner prize. Three of the group won the prize: Douglas Gordon, Martin Boyce and in 2005, Simon Starling.

Starling’s project At Twilight, shown at Glasgow’s Common Guild in 2016, represents one of his most ambitious works of conceptualism, which he produced in collaboration with theatre director, Graham Eatough, spanning performance, dance, sculpture and cut outs. At its heart was a reimagining of W. B. Yeats’s play ‘At the Hawks Well’, which was first performed in collaboration with modernist, Ezra Pound, in 1916 at the height of WW1. Starling’s interpretation explored the relationship between the early proponents of modernism, staged as Pound and Yeats duelling. Part Theatre of the Absurd (presented as film in the exhibition), part exhibition – revealing Japanese Noh masks and the blasted trees of the Western Front – At Twilight had an eclectic cast of historical characters such as A. A. Milne, Nancy Cunard, Jacob Epstein and the avant-garde Japanese dancer Michio Ito. The work as a whole reflected Starling’s long held fascination with the inventors and innovations of modernism and the trans-national movement of the people and ideas that shaped cultural history. 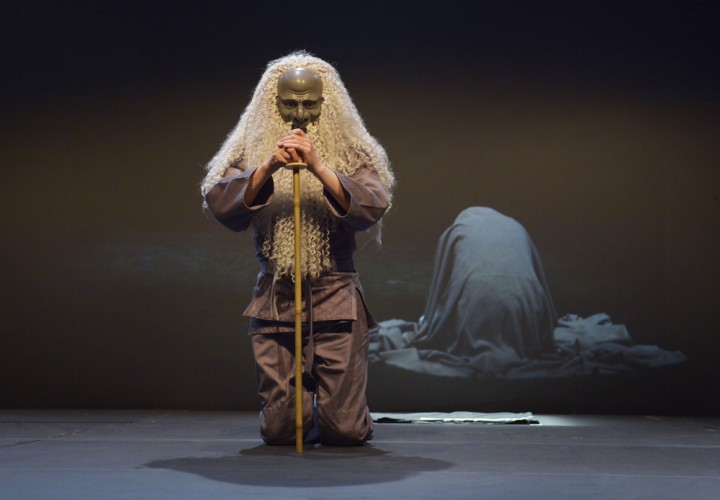 Graham Eatough (b. 1971) is a theatre director and teacher of Theatre Studies at Glasgow University. He gained international recognition for the innovative work of the theatre company Suspect Culture, which he co-founded in 1992 upon relocating from Bristol to Glasgow after graduation. The company later expanded into film and visual arts projects, leading to a collaboration with Graham Fagen at Dundee Contemporary Arts in 2007 and an exhibition at the CCA, Glasgow in 2009. Since then he has worked with numerous Scottish galleries, festivals and artists, and premiered works at Glasgow International and the Edinburgh Fringe. Eatough was awarded the Contemporary Art Society prize in 2015 for No End to Enderby, developed with Glasgow-based artist Stephen Sutcliffe. 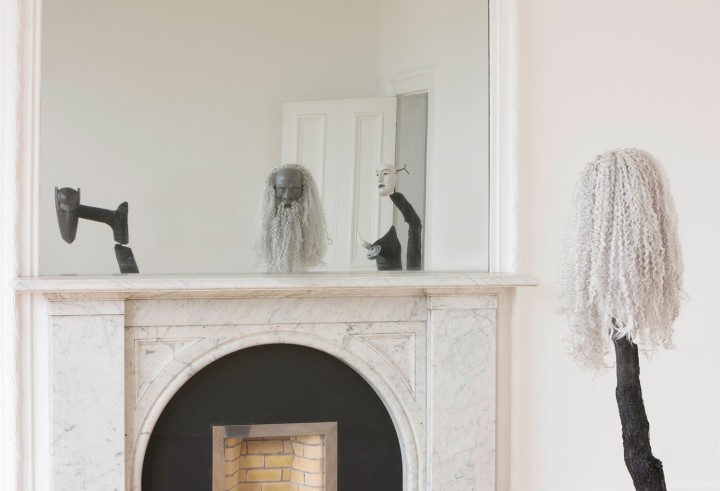 Simon Starling, ‘At Twilight’, Exhibition at The Common Guild, Glasgow, 2 July – 4 September 2016. Commissioned by The Common Guild in collaboration with the Japan Society, New York. Courtesy of the artist and The Modern Institute/Toby Webster Ltd, Glasgow. Photographs by Ruth Clark.

For further insight into Simon Starling and Graham Eatough's play 'At Twilight', visit the Common Guild's project page here, which includes a short documentary film on the work.