The Man who Invented Scottish Painting 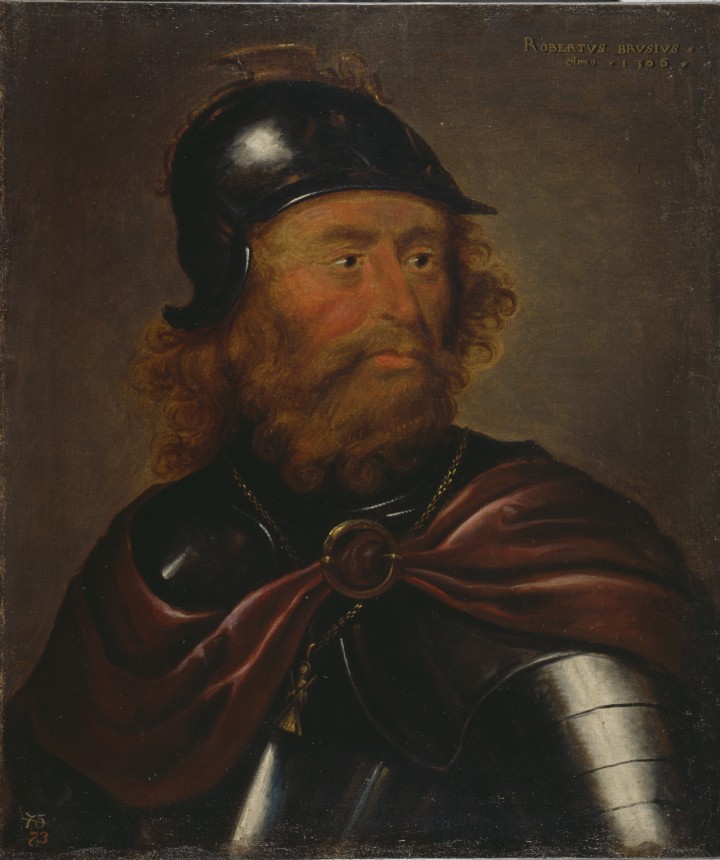 It was a chance remark made many decades ago by my tutor at the University of Edinburgh, the late Giles Robertson, that started my quest for the work and life story of the 17th-centory Scottish painter George Jamesone. Although Giles, fondly remembered, was a historian of the Italian Renaissance, in some now forgotten context he happened to make the remark that Jamesone was something of a mysterious figure who required looking into. The thought lodged somewhere in my mind for a number of years, before, with the encouragement of both Giles and David Talbot Rice (a Byzantinist!), I took up the challenge of researching a figure who was the earliest substantial presence in the history of Scottish painting. In due course in 1974, with the support of Sir Ellis Waterhouse (the great historian of British art), my research was published by Oxford University Press.

The work had been a slog over a number of years and had to be combined with a day job. My quest took me far and wide over Scotland. There were delights of the hospitality of the owners of Jamesone's paintings who wanted them to be better known - tea, for example, with the elderly Lord Sothesk beside Jamesone's masterpiece, his portrait of the young Montrose. There were also days of near hypothermia in the freezing archives of the Aberdeen Sheriff Court. Sometimes paintings were in perilous places or unlit attics, and it was in one such dusty, murky attic in Newbattle Abbey that I first came across the remains of a series of early Scottish monarchs that Jamesone had painted for the city of Edinburgh in 1633. I spent many days in that attic, making notes in the beam of a powerful torch, and discovering Jamesone's tiny signature - something quite rare - on the portrait of Robert the Bruce. The painting was in much better condition than the others and my conclusion was that the signature was testimony that it was entirely from Jamesone's hand.

At some date prior to 1720 when they first appear in an inventory, these paintings had been acquired for Newbattle, almost certainly by Robert Kerr, 1st Marquess of Lothian, whose interests were part of a fashion for collecting groups of 'uoumini famosi', a tradition dating from the early Renaissance. The commission by the city of Edinburgh had been part of that same tradition. In this case, the portraits were to play a significant role in the celebrations to welcome Charles I, monarch of the two united kingdoms since 1625, who had come north for his delayed coronation as King of the Scots at the Palace of Holyroodhouse. He made a 'triumphal entry', receiving the keys of the city in a colourful theatrical performance at the west port, and passed through decorated streets and painted triumphal arches. Here he encountered his 109 royal predecessors, visual reminders of how he was rooted in the life of the nation. Jamesone, by this time himself a famous man, played a major role in these events and was made a freeman of the city.

Even as suspicious of the King's religious policies were causing some to question his wisdom, these portraits were an assertion of the loyalty of the Scots and the King's right to rule, based on a lineage that stretched back to what we know was a mythic past. For the likenesses of the most recent monarchs, Jamesone had precedents to follow, but how he envisioned the earliest ones is difficult to say. It seems likely that some were refashioned from images found on early coins, prints from the Continent, and even ceramics. In the case of Robert the Bruce, he is likely to have sought out images in illustrated manuscripts like those, to quote one example, in the Forman Armorial of 1562. This contains a colourful depiction of Bruce and his queen, Isobel, where the king's head is similar to that in Jamesone's portrait, although he wears a crown rather than a martial helmet.

As this kind of imagery lost its political relevance, its importance as a historical trace came to be disregarded, and its artistic interest overlooked. This, and the relinquishing by the Kerrs of Newbattle Abbey as a family seat in the mid-20th century, led to the dispersal of the paintings that had graced the house, and all of the 25 kings that had survived were sold by auction in 1971. it was there that i was able to acquire the painting - although just by the skin of my teeth, for when i came to pay for it at the end of the sale someone else thought they had made the winning bid!

The painting then began to have another life. Jamesone was now firmly established as the founder of the modern Scottish school of painting and in due course the painting was placed on loan to the National Galleries of Scotland. It also became something of a popular icon figuring in an ever-increasing range of contexts (sometimes illicitly) - whisky bottles, book covers (for example, Nigel Tranter's The Bruce Trilogy) and newspaper and magazine articles. Now this 'standard' image of the king, and one of the most intriguing surviving works of 'the father of Scottish painting', has entered the Fleming Collection. As the earliest Scottish painting there, it enables that collection to tell more completely the story of Scottish art.