The Intriguing Story of Glasgow’s 'Lady in a Fur Wrap' 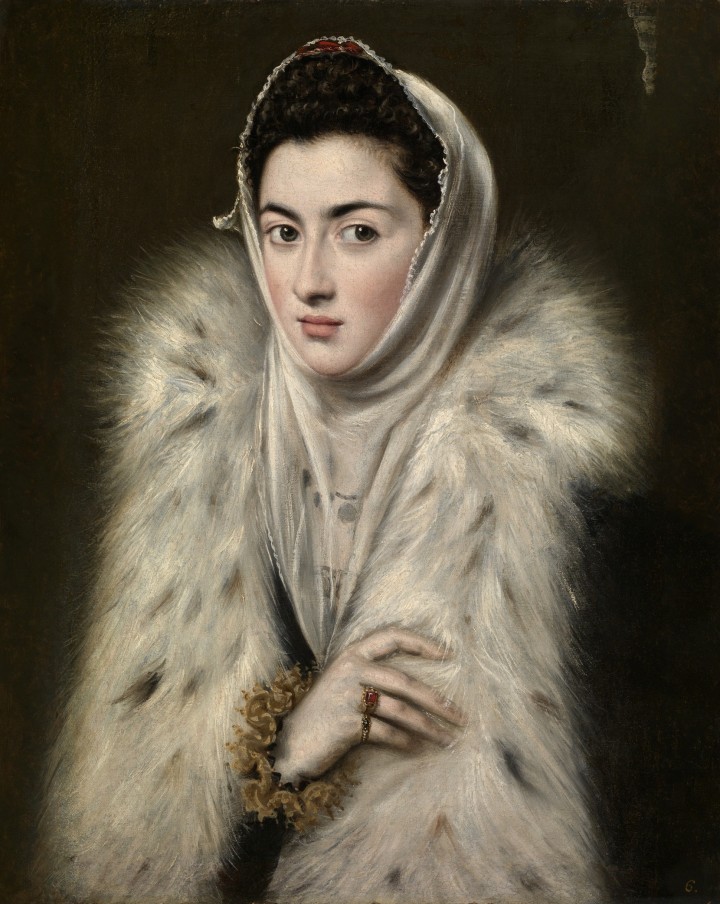 Lady in a Fur Wrap is renowned as one of the finest portraits to be produced in Europe during the late 16th century, but remains unsigned. Up until now the painting of a young woman gazing at the viewer while wrapped in a fur robe, which has hung in Pollok House in Glasgow since 1967, has been attributed to Spanish Renaissance master, El Greco (1514-1561). After more than 100 years of debate, however, historians and scientists have applied state-of-art techniques to declare the painting to be the work of another Spanish artist, Alonso Sánchez Coello (1531-1588).

This conclusion is the result of extensive scientific detective work carried out by experts at the Museo del Prado, Madrid, and later at the University of Glasgow in partnership with Glasgow Museums. Investigations began while the painting was on loan to the Prado in Madrid in 2014 to mark the fourth centenary of El Greco’s death, with tests also carried out on works by El Greco and others, including Sánchez Coello. An extensive research project in Glasgow looked forensically at technique, style and social mores of the painting’s era, including dress.

Lady in a Fur Wrap has a colourful history: The painting was bequeathed to the city of Glasgow in 1967 by Dame Anne Maxwell Macdonald, grand-daughter of its owner, Sir William Maxwell, who purchased it in 1853 after it previously hung in the Louvre as part of the Spanish collection of King Louis Philippe of France. As El Greco’s international reputation was cemented on the back of Lady in a Fur Wrap, more sceptical scholars have always questioned the veracity of his involvement in its creation. Other suspects in the frame included Italian Renaissance painter Sofonisba Anguissola (1532-1625), though all evidence eventually pointed to Sánchez Coello.

As Dr Hilary Macartney, who led the research at the University of Glasgow, points out, “In his time, Sánchez Coello was better known and more admired than El Greco. The misattribution of the Lady was instrumental in establishing El Greco’s reputation outside Spain in the 19th century. More recently, the portrait’s popular association with Sofonisba Anguissola helped revive interest in her work. Now, at last, it will re-establish the international reputation that Alonso Sánchez Coello deserves.”

Despite this, with preparations underway to return Lady in a Fur Wrap to Pollok House in 2020, the painting retains an air of intrigue worthy of historical fiction. As Duncan Dornan, head of Glasgow Museums, points out, while what can now be regarded as Sánchez Coello’s painting remains a fascinating portrait, “although we now understand who painted the work, the identity of the mysterious lady is still unanswered. It is certain the Lady in a Fur Wrap will continue to intrigue and inspire for generations to come.”