Strong Results at Sotheby's Sale of Scottish Art in London 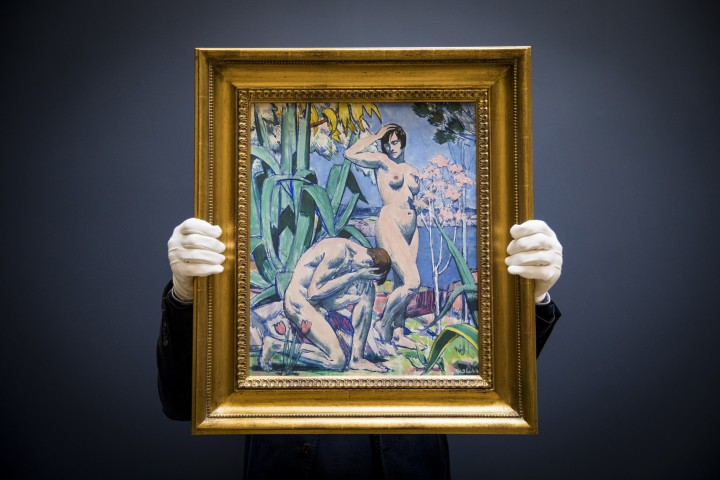 The Scottish market has long been defined by the success of the Colourists, all four of whom were well represented in the sale. But the day must go to the two eldest of the quartet, SJ Peploe and JD Fergusson. The top lot was Peploe’s Still Life with Roses a classic 1920s composition which fetched £300,000 (est: £150,000-£200,000; estimates do not include fees; final prices do). Its powerful geometry may have been influenced by the painting on the verso, which was a tough Cubist still life in muted tones, circa 1913, typical of Peploe’s fauve period that was deemed so radical by his Edinburgh dealer at the time that he stopped representing the artist. The juxtaposition of the recycled painting offered a fascinating insight into the trajectory of Peploe’s career. His 1920s mature colourist period was popular then and remains so today providing a healthy return for the seller who had acquired the work at auction in 2011 for £140,000. 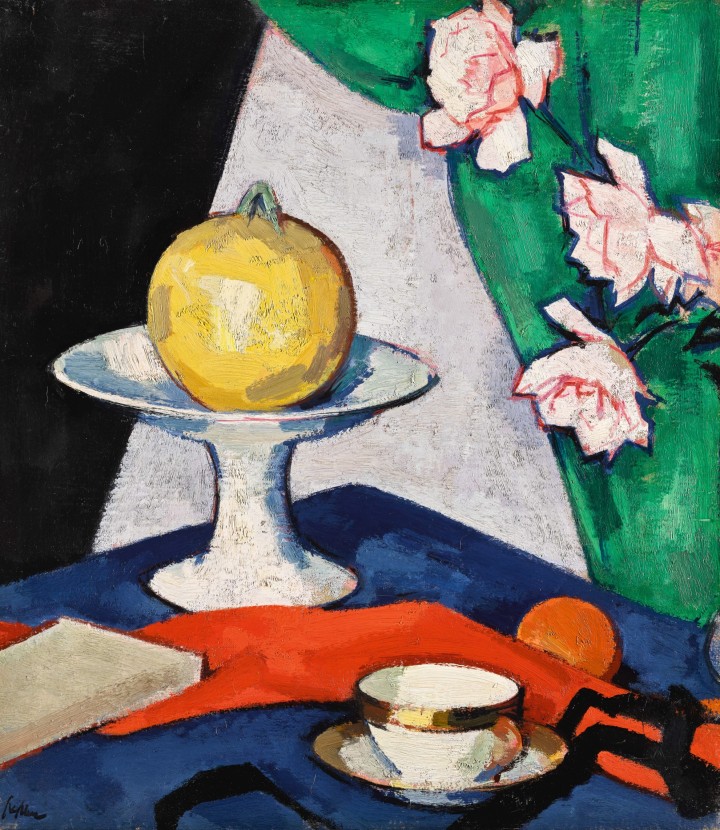 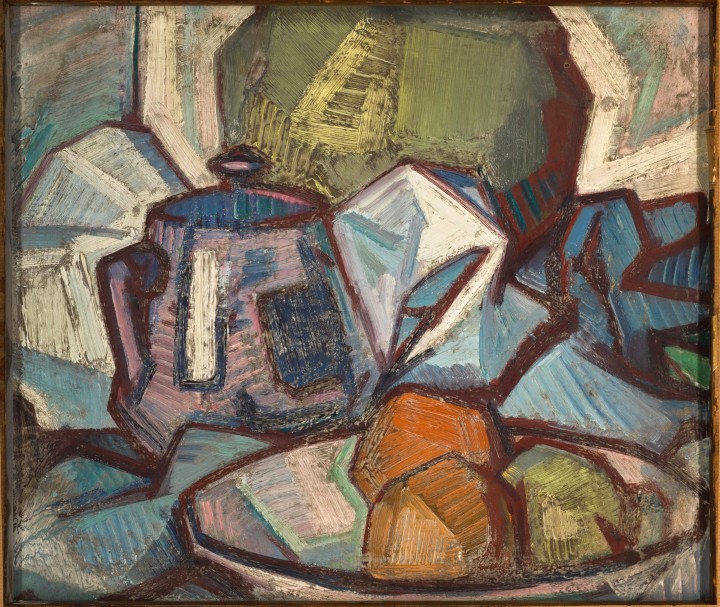 Works by fellow colourist JD Fergusson also performed well. His grand 1910 female portrait La Force, fetched mid-estimate at £100,000. One of his Rhythm series, steeped in the raw energy and sexuality of the fauves - notably that of Matisse and Van Dongen, it was a connoisseur’s picture, which had been included in the Scottish National Gallery’s 2013 solo exhibition - and a flurry of labels on the back – one written in Fergusson’s own hand – testified to its distinguished provenance. Another more anecdotal example from the same period, The Open-Air Fête, featuring Fergusson’s lover, the artist Estelle Rice made £118,750 sold to an English private collector along with a handful of fine Fergusson works on paper. 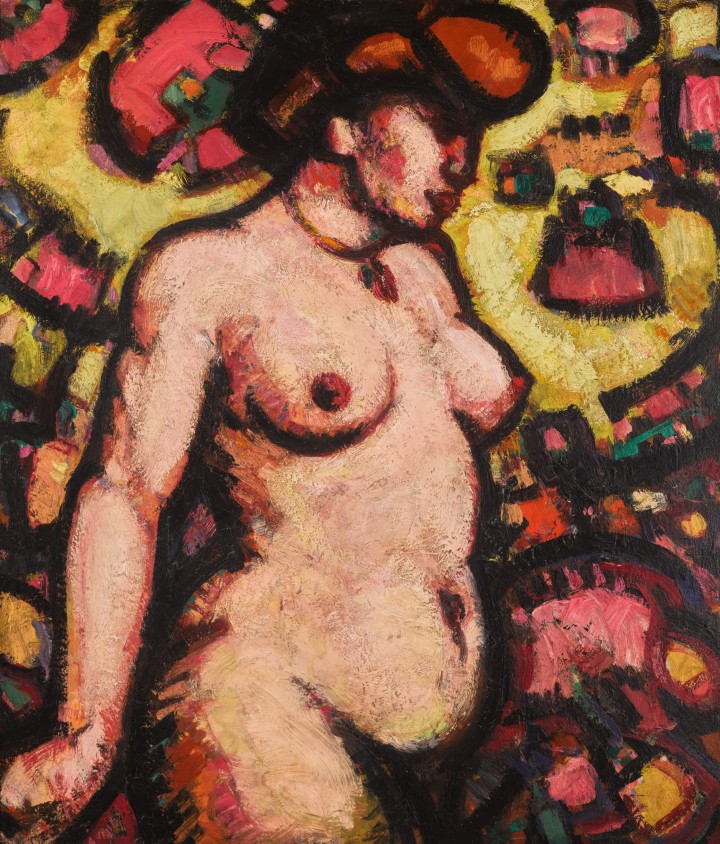 Standout results from all periods of Scottish art represented in the sale included Archibald Thorburn’s A Covey of Ptarmigan which scored an impressive £41,250; Joan Eardley’s intensely atmospheric Cottages, Catterline which fetched £30,000 and a classic post-colourist Alberto Morrocco, Still Life by the Sea, summoning up summers past, fetched £25,000. 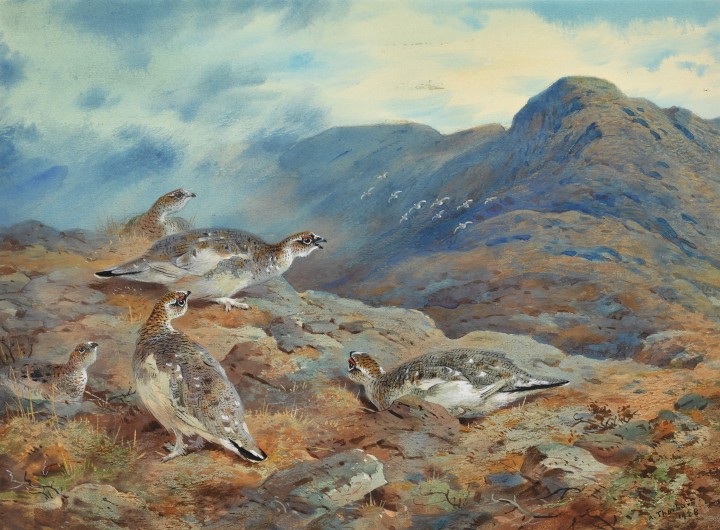 But not all Scots painters have had such a cheery outlook as Morrocco – indeed as the early colourists have shown - the Scots have never flinched from engaging with the harsh truths of contemporary life. A searing group of works by John Bellany (1942-2013), largely dating from the 1970s and 80s, which engaged with his life-long preoccupation with mortality, fate and history fetched mid to top estimates at £8,000 - £15,000. Bellany’s reputation has recently received validation from his massive fan, Damian Hirst, who exhibited early works from his own collection (with Alan Davie) in his Newport Street Gallery. Bellany’s top price was £43,750 for Chinatown, an almost identical composition to one made famous as a poster on the London underground. 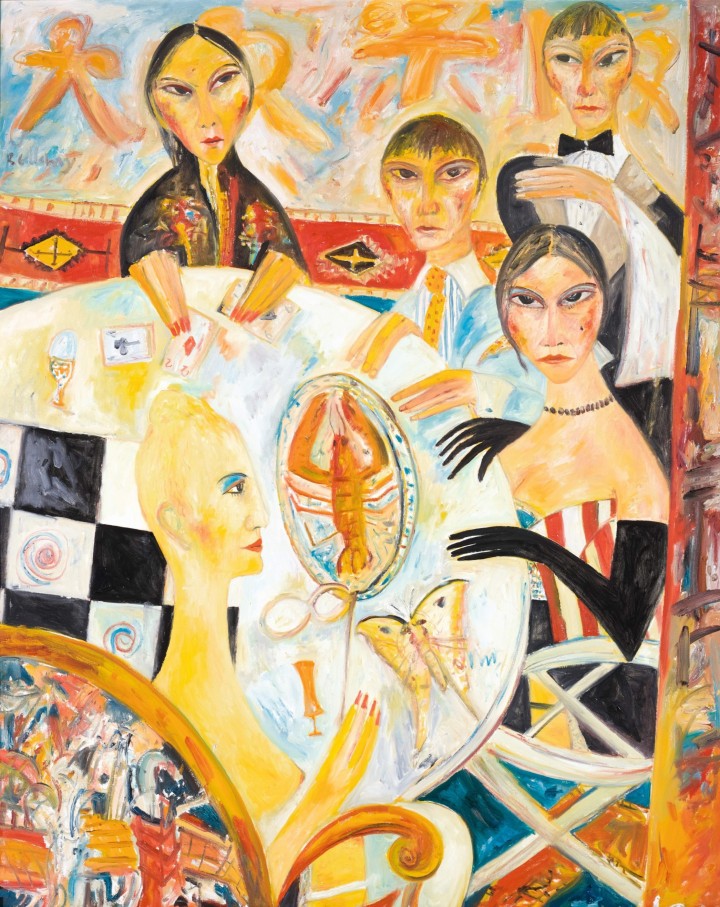 Peter Howson (born 1958), who came to prominence as one of the radical figurative painters in the 1980s known as the new Glasgow Boys and Girls, had an equally challenging group of work on offer. All of which sold strongly, topped by his massive Glaswegian take on Hieronymus Bosch, Cerberus, which fetched £52,500; more than double the upper estimate. The works came from the collection of the late Robert Heller, who wrote the first monograph on Howson, and were acquired from the Flowers Gallery. 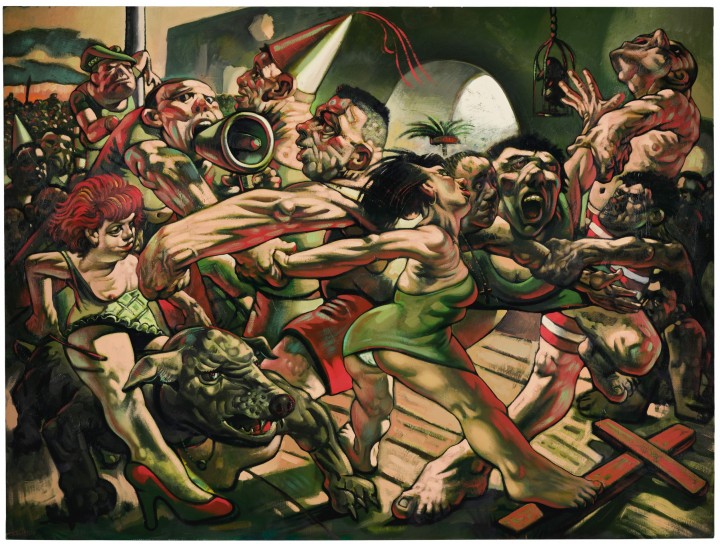 The head of Sotheby’s sale, Thomas Podd, said: “The market bubbles along – people are looking for freshness, quality and condition. The Peploe was the standout lot – and the Colourists overall did well. I was also really pleased with the contemporaries such as Peter Howson and John Bellany - and Joan Eardley continues to gather traction south of the border.”