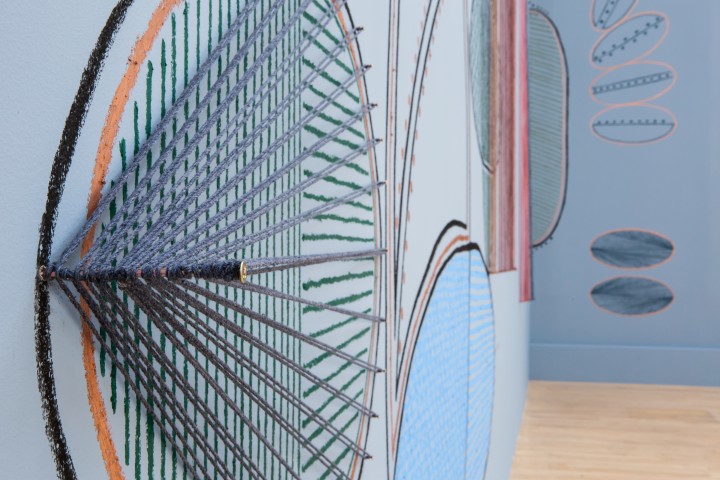 The totemic properties of the natural world and the strains of ecologically inclined sci-fi course through this group show of 12 international artists, whose work is gathered across the Talbot Rice as a kind of global village come home to roost under the same roof. The show’s title is drawn from The Adventures of Pinocchio, Carlo Collodi’s 19th-century folktale about a wooden puppet boy who comes to life, spreading fake news in a way that causes his nose to grow. Those reclaiming the truth here do so in the face of climate deniers, colonialists and corporate puppets, while those pulling their strings keep their distance. 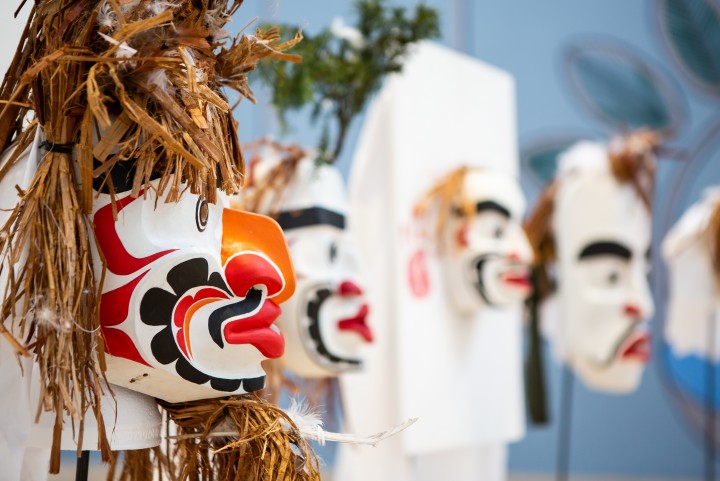 The semi-circle of tribal masks that stand at the centre of the downstairs gallery suggests a ritual space amplified by drones from above. Set against the backdrop of Chilean artist Johanna Unzueta’s cartoon-styled mural, 1:1 Resonance (2020), inspired by women weavers in Mexico, Canadian First Nation artist Alan Hunt’s Atlakim Atlakim Masks (2019) is a show of strength that relates to the indigenous Kwakwaka’wakw community’s Dance of the Forest Spirits ceremony. Next door, Haegue Yang’s The Intermediate (2015–20) is a series of seven interconnected straw and steel sculptures that form a structure that is part pagan altar, part spaceship. 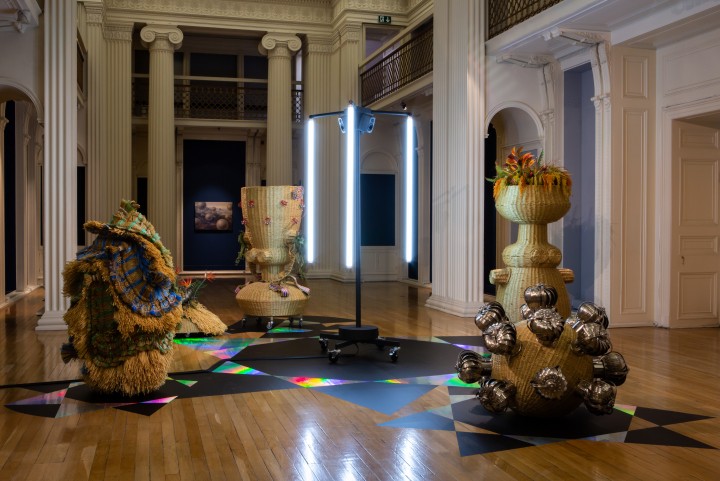 The five short documentary films by Puerto Rican artist Beatriz Santiago Munoz are mind-expanding forces of nature that highlight landscapes that exist beyond the hangover of Spanish rule. From natural psychedelics in Farmocopea (2013) to the aftermath of natural disasters in Gosila (2018) and the quasi-mystical good-natured ramblings of the last survivor of a 1960s commune in Matrulla (2014), a woozy alchemy pervades across a world turning slowly out of joint.

This makes TOPIARY JIG (2020), Glasgow-based German artist Torsten Lauschmann’s remarkable kinetic stage show installation, quite a culture shock as choreographed crutches and other disability aids are cut across by laser displays and animated trees to suggest a form of evolution beyond flesh and blood. 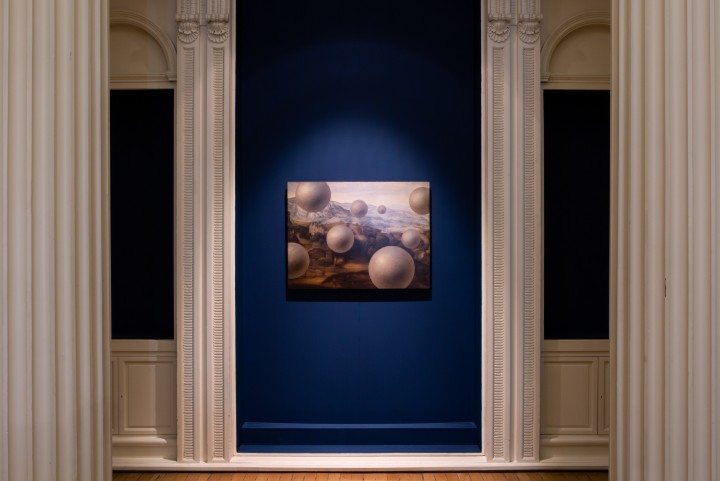 Laurent Grasso. Studies into the Past, 2018. Oil on wood. Image courtesy Talbot Rice Gallery, The University of Edinburgh.

The monochrome spheres in the seven works that make up French artist Laurent Grasso’s Studies into the Past (2013–19) reflect those in OttO (2018), a video that fuses ancient, modern and mythical. Its sweep through aboriginal lands suggests space invaders from all kinds, as the electronic drones of its soundtrack creates a holy mantra of sorts. Beside it, Kevin Mooney’s Apparition (2018) and other paintings tap into the ghosts in the machine of occupied country close to home.

With other pan-global work by Taryn Simon, Beau Dick, Firelei Baez, Lois Weinberger and Ana Mendieta on show, Pine’s Eye is a collection of fourth world possibilities of alternate futures, in which getting back to nature is itself an act of defiance.

Neil Cooper is a writer and critic based in Edinburgh.