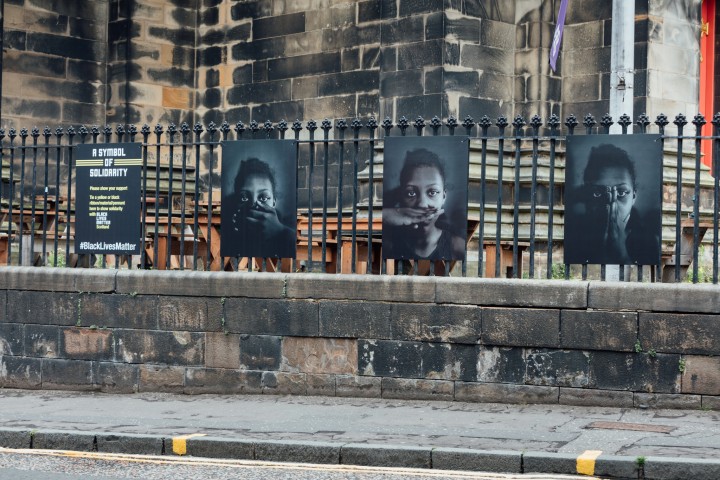 Delightedly, many galleries across Scotland are now re-opening, with certain safety measures in places and reduced capacity, while other venues are taking more time to open in phases. Alongside this, if you're in Edinburgh, explore these many artistic attractions in the outdoors of the city.

Many arts venues may be closed, but that doesn’t stop them making their railings, walls and doors available to display work by black, Asian and minority ethnic artists in a Scotland-wide initiative by producer Wezi Mhura. A series of images by British-Nigerian photographer Jamal Yussuff-Adelakun was the first to go up, on the railings at the Hub in Edinburgh, followed by work at the Queen’s Hall and Dance Base, with more locations to be added during the summer. 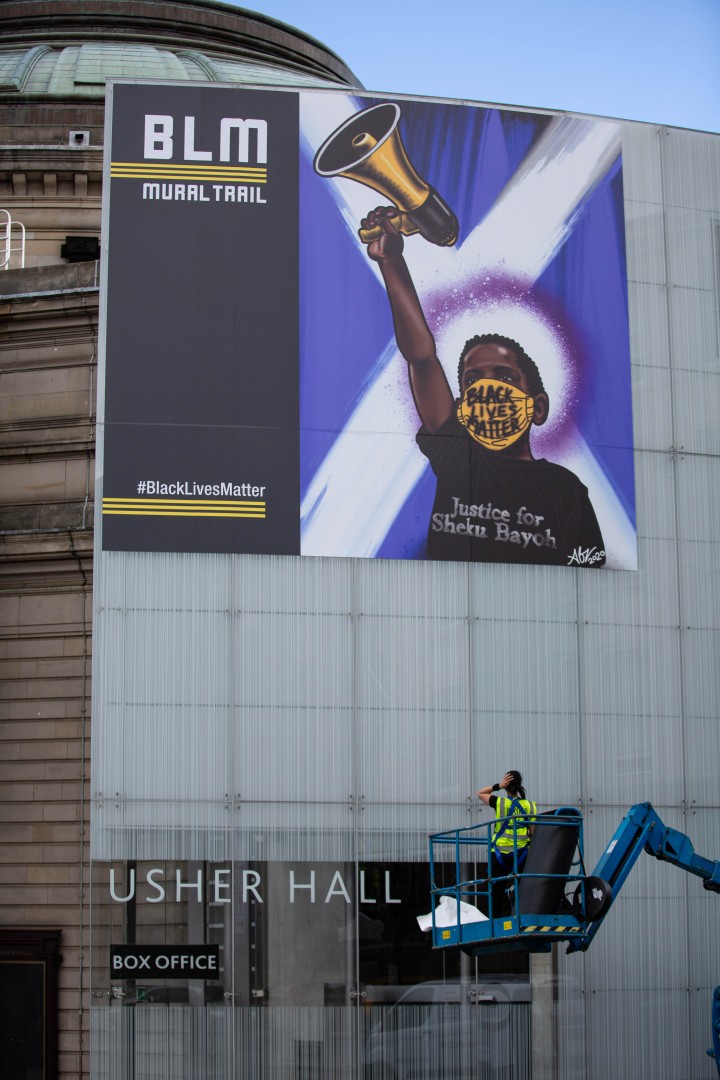 Having reopened its outdoor areas - which includes seating designed by artist Tessa Lynch, and some of the best views in Edinburgh - Collective also offers a series of audio walking guides designed by artists to explore the area around the gallery. Artists include Ruth Ewan, Patrick Staff, Tris Vonna-Michell and Bedwyr Williams.

The sculpture park created by Robert and Nicky Wilson at Wilkieston, west of Edinburgh, has reopened for pre-booked visits (excluding indoor spaces). Jupiter is home to remarkable works of art, many of them site-specific commissions, by Phyllida Barlow, Anya Gallaccio, Charles Jencks and Anish Kapoor, among others. Alex Finlay’s orchard and Joana Vasconcelos’ swimming pool are also must-sees. 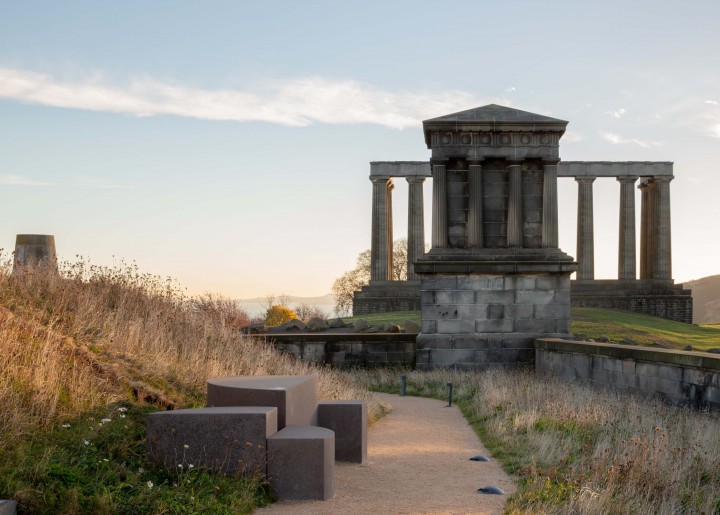 With ‘The Manuscript of Monte Cassino’ - better known to Edinburghers as the hand, the foot and the ankle - restored to pride of place in front of St Mary’s Metropolitan Cathedral on Leith Street, there has never been a better time to enjoy the work of Eduardo Paolozzi in his adopted city. It’s worth checking out some of his other commissions, including the monumental ‘Wealth of Nations’ sculpture in front of Royal Bank of Scotland’s administrative building at the Gyle Business Park.

Denerley’s two giraffes made from recyled car and motorcycle parts have become an iconic part of the Edinburgh landscape outside the Omni Centre on Leith Street. The artist christened the pair - a mother and calf - as Martha and Gilbert, and said “the site was crying out for giraffes”. Lines from Roy Campbell’s poem ‘Giraffes’ are carved in the pavement around them. 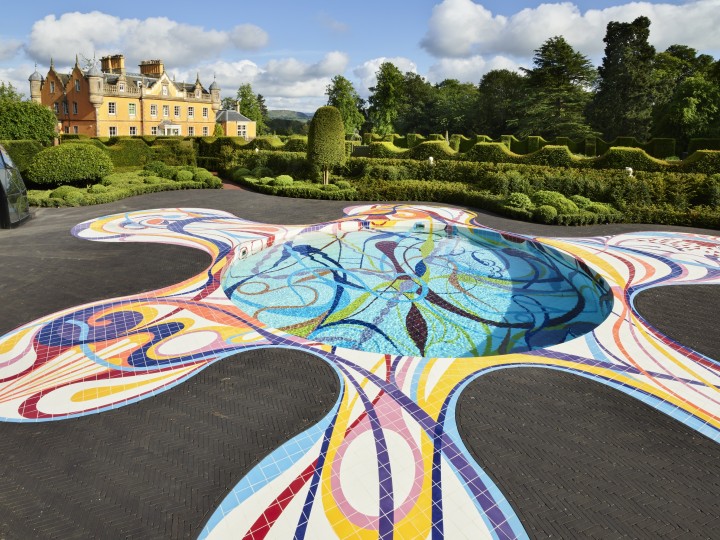 Sculpture in the Royal Botanic Gardens

Edinburgh’s much-loved Botanic Gardens has re-opened for pre-booked visits. As well as a world-class collection of trees and plants, the Botanics is home to an eclectic selection of art, including Barbara Hepworth’s Ascending Form and Rock Form, a sundial designed by Ian Hamilton Finlay and Michael Harvey, and two slate sculptures by Andy Goldsworthy.

Six figures by the sculptor Antony Gormley were installed in Edinburgh in 2010, the first in the grounds of the Scottish National Gallery of Modern Art (Modern One), and the others spaced at intervals down the Water of Leith with the last on an abandoned pier at Leith Docks. Having been removed for technical work, the four water-bound figures returned last year, and are well worth visiting on the Water of Leith Walkway.

During preparation for a solo exhibition at the Fruitmarket Gallery in the summer of 2010, Scottish artist Martin Creed began work on transforming the Scotsman Steps, a popular city shortcut linking North Bridge and Market Street. The steps, which had become somewhat dilapidated, reopened in 2011, each step a different kind of marble, sourced from around the world. 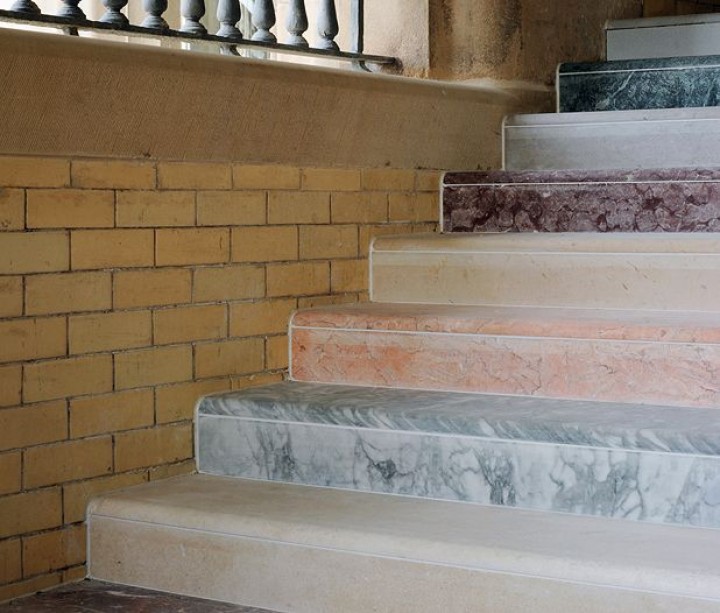