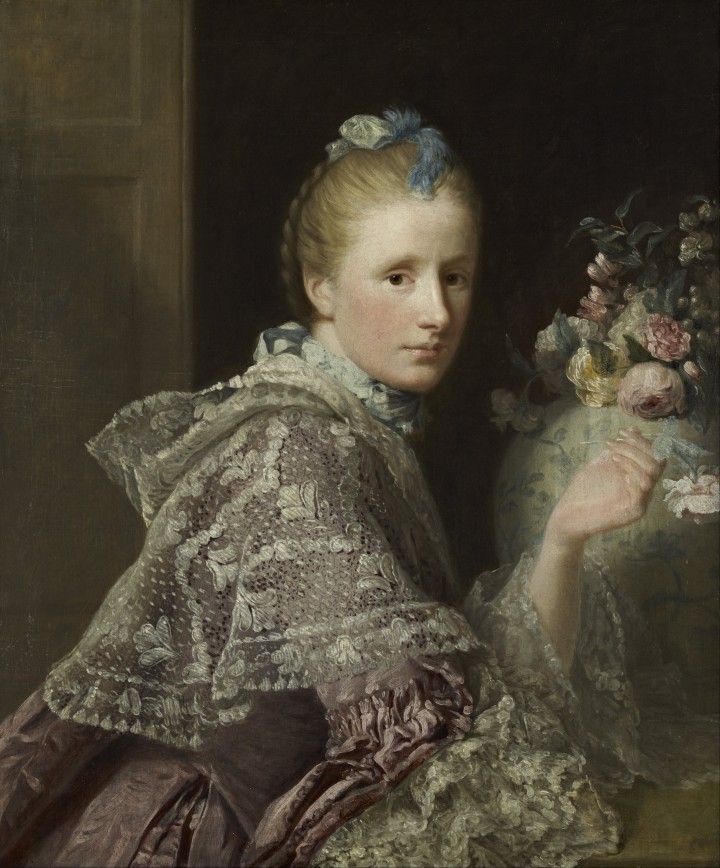 What is my favourite Scottish work of art? It’s impossible to narrow it down to just one. Like music, the paintings I love, the paintings I’ve spent a large part of my life looking at, move in and out of focus in my consciousness. But they never leave me. They feel part of me. Over the last 2 years, I've been exploring the archive of the great 18th century portrait painter Allan Ramsay, held at the National Galleries of Scotland. This has led to the creation of a new body of work which will eventually be shown at The Scottish National Portrait Gallery.

There are 37 paintings by Ramsay, 272 drawings and 2 of his sketchbooks in our national collection. I’ve long admired his portraits, and I’ve looked at them intently over the years. We are lucky to have several on permanent display at The Scottish National Portrait Gallery. I’ve been looking at them for longer than I can remember.

During these more recent months of intense study of his work, it’s the strange beauty of the portrait of his second wife, Margaret Lindsay in particular, which has held me in its power. It is a painting to get close to, not a painting to be viewed from across a room. It always seems perpetually new when I return to it. Looking at this painting often leaves me with more questions than answers

At first, it’s hard not to be dazzled by the sheer technical virtuosity of this portrait. The subtleties in tone, the painting of flesh and its relationship to the fabric which covers it. The rendering of different textures, the softness of the brush strokes, these elements are utterly captivating. This portrait has an ethereal quality. It radiates light. Margaret Lindsay appears to be as fragile as the rose she is holding and the delicacy of the painting is accentuated by her almost childlike gaze.

Here, Margaret is seen to be caught in an everyday, domestic act. A moment has been captured as she turns to look at her husband, and so to look at us. Ramsay has deliberately designed the painting to suggest that the sitter was not posing for her portrait. But that look of spontaneity, belies the perfect and delicate balance of colour and design in this picture. It is so carefully composed. So meticulously crafted. A painter’s painting.

When we look at a great painting, we will never truly know its meaning. All we know for sure is how that painting makes us feel inside. When I look at this portrait, I see great tenderness. I see something of the nature of the relationship between Ramsay and his wife. The portrait stands as a testament to that. Like all great paintings, this picture transcends place and time. Artist and sitter continue to engage with each other across the centuries. And there is something beautiful in this. There seems to be a very private conversation going on between them, in which we, as viewers, become the third party. His loving gaze is returned in her eyes, and we become part of the complexity of that. Put simply, it takes my breath away.

For all of Ramsay’s technical brilliance, his extraordinary ability as a painter, what fascinates me most about this portrait, what gives it such tremendous power, is its intimacy. We are witnessing something fundamental: the closeness of a man and a woman. And there are few things more special than that. 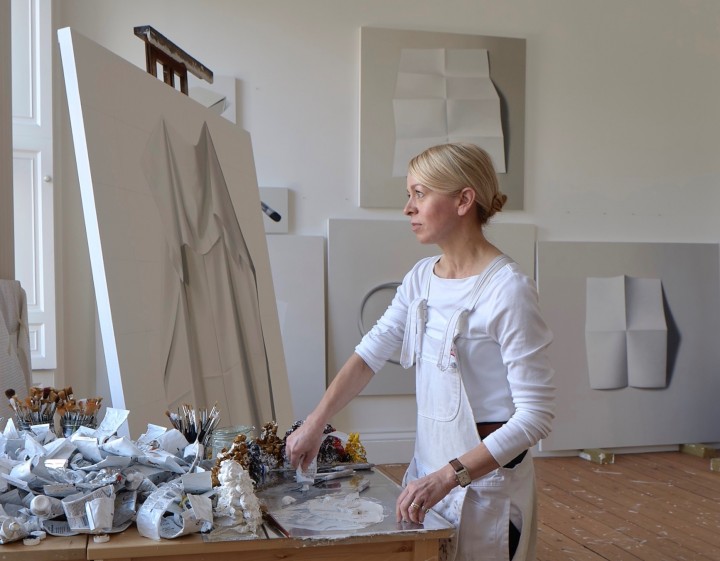 Alison Watt OBE FRSE RSA, born in 1965 in Greenock, Renfrewshire, is the daughter of the artist James Watt. She studied in the painting department of Glasgow School of Art from 1983 to 1988. As a fourth-year student she came to public prominence by winning the John Player Portrait Award, which led to a commission from the National Portrait Gallery to paint a portrait of the Queen Mother. Watt was part of an internationally successful generation of artists from the Glasgow School of Art, graduating alongside Christine Borland, Douglas Gordon and Roddy Buchanan.

In 2000, Watt became the youngest artist to have a solo exhibition at the Scottish National Gallery of Modern Art, Shift, which saw a move away from the figurative to depicting twelve monumental works depicting swathes of fabric. She was shortlisted for The Jerwood Painting Prize in 2003. Watt then went on to be an associate artist at the National Gallery in London from 2006-8, which culminated in her exhibition, Phantom. The same year she was awarded an OBE. 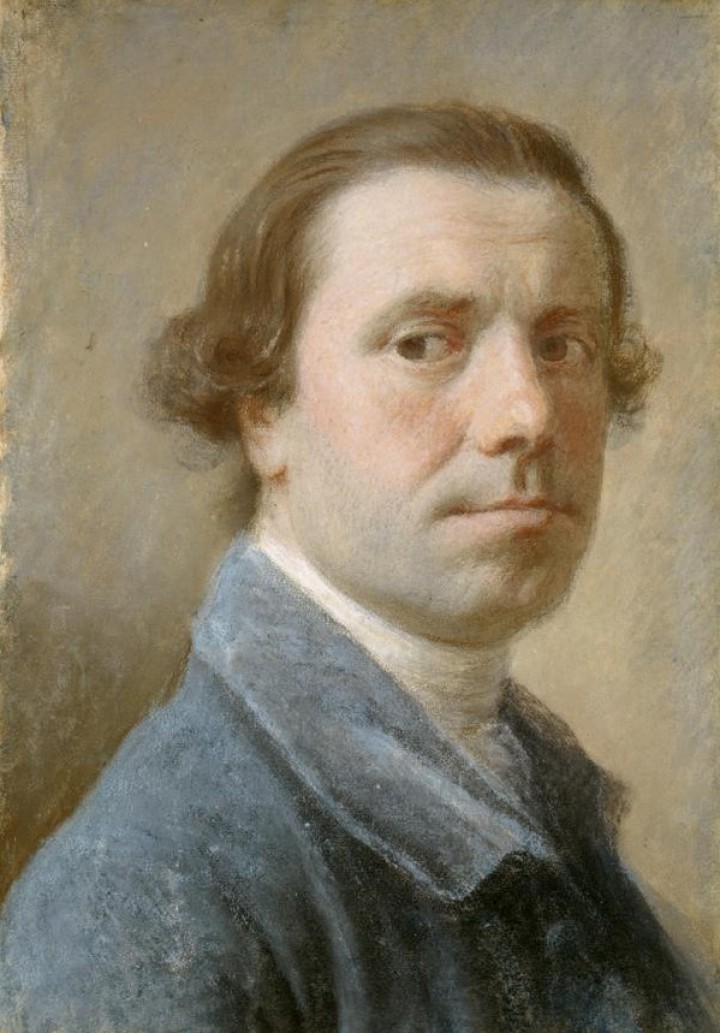 Allan Ramsay (1713-1784) was born in Edinburgh, the eldest child of a poet, playwright and publisher at the heart of the early Scottish Enlightenment. He had a gift for drawing from a young age, executing a remarkable portrait of his father when he was only fifteen. At sixteen her enrolled as an artist-member at the newly founded but short-lived Academy of St Luke in Edinburgh, attending drawing classes for over two years. He spent short periods studying both in London, as a pupil of the Swedish portrait painter Hans Hysing, and in Italy, before setting himself as a portrait painter in London in 1738.

Ramsay came to be known as one of the finest portrait painters in the country, noted for his fine use of colour and the charm and elegance of his work, influencing notable artists Gainsborough and Reynolds. Further to this, Ramsay was an important figure in the Scottish Enlightenment and was friends with David Hume, Adam Smith and Samuel Johnson, as well as Voltaire and Rousseau, painting the latter’s portrait. Ramsay’s career came to an end in 1773 after suffering from a permanent injury to his right arm in a fall from a ladder. At this time, he instead was able to devote more time to his scholarly pursuits.

Other artworks in the series 'My Favourite Scottish Work of Art' have been selected by Ian Rankin, Joanna Lumley, Neil MacGregor, Kirsty Wark, Michael Portillo and James Naughtie.