Mary Cameron: A Life in Paint

Mary Cameron was well-recognised during her lifetime, and championed by peers including Alexander Roche and John Lavery, although her name has slipped into obscurity since her death. This exhibition seeks to bring her back to public attention, showcasing a range of artworks that chart her fascinating career. The display is particularly topical given that Cameron was a trailblazer for Scottish women artists; someone who helped to lay the foundations for greater gender equality in the art world.

Mary Cameron was born in Portobello in 1865. Her father was a successful stationer, and her relatively affluent and liberal upbringing allowed her to pursue painting as a career. She studied at the Trustees’ Academy School of Art in the early 1880s and subsequently trained at the Académie Colarossi in Paris. Foreign travel was a life-long source of inspiration. Over the years she undertook painting trips to Norway, France and the Netherlands, but it was Spain that had the most profound impact on her creative practice. 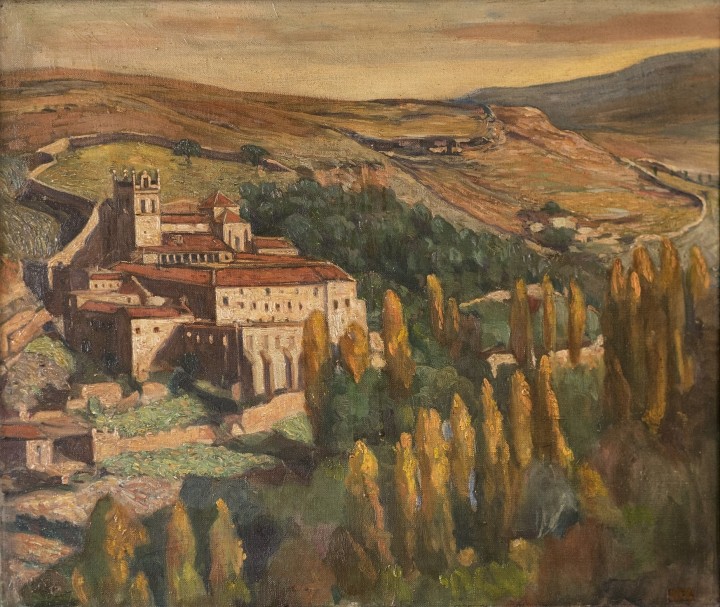 Cameron first visited Spain in 1900, during a trip to study the work of Velázquez at the Prado Museum in Madrid. She fell in love with the country, its people, customs and scenery, and proceeded to return regularly, establishing studios in Madrid and Seville. Her large-scale paintings of rustic peasant life, dramatic bullfights and expansive landscapes cemented her reputation as bold and unconventional artist.

Throughout her career, Cameron rejected the stereotypes assigned to her gender, choosing to paint battlefields, racecourses and bullrings over more traditionally ‘feminine’ themes. Her images of injured horses provoked controversy, partly for their uncompromising violence, but also for the fact they were created by a woman. She overturned assumptions about ‘appropriate’ subject-matter, subverting the idea of the genteel, even frivolous, ‘lady painter’. 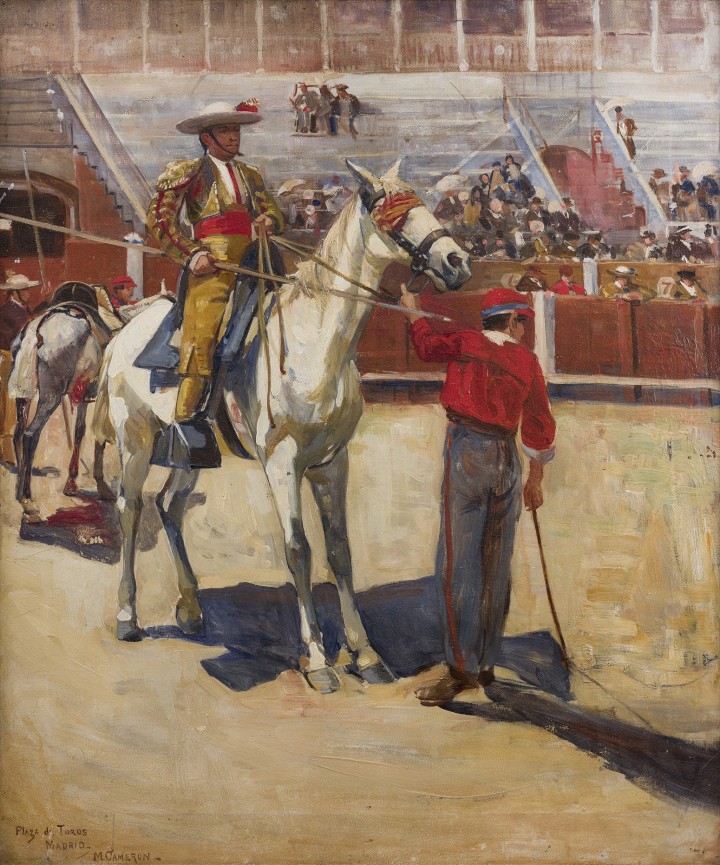 In keeping with this progressive spirit, she joined forward-thinking artists groups. In the 1880s she attended the Scottish Atelier Society, which offered life classes for women at a time when such opportunities were scarce. She was a founding member of the Edinburgh Ladies’ Art Club and participated in the first exhibition of the Society of Scottish Artists. Later, she became associated with the Women’s International Art Club.

She was not afraid to strike out on her own. Between 1908 and 1913 she staged four solo exhibitions in Edinburgh, London and Paris. Each display featured at least 30-40 works, covering a breadth of subjects. As one critic reported, she painted “with power, ease and fearlessness”. 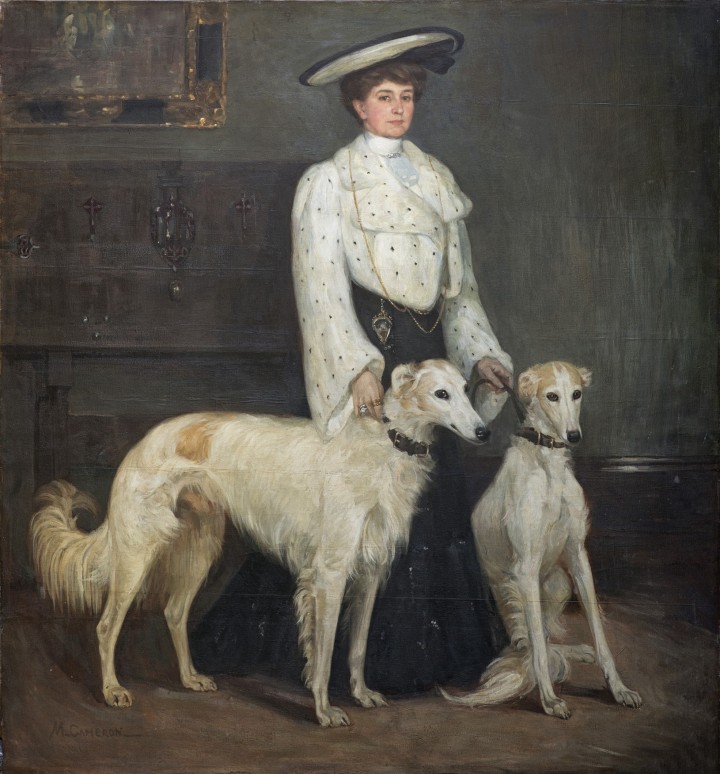 In 1901 her supporters nominated her for associate membership of the Royal Scottish Academy. At this point women were permitted to exhibit at the RSA, but they were not considered eligible for election. Cameron’s name was proposed along with Phoebe Anna Traquair and Christina Paterson Ross, and the issue stirred debate in the press. Yet none of the women were elected. In the coming years, Cameron was nominated three more times, but the RSA remained inflexible. Indeed, it was not until 1938 that Josephine Haswell Miller became the first female associate member. 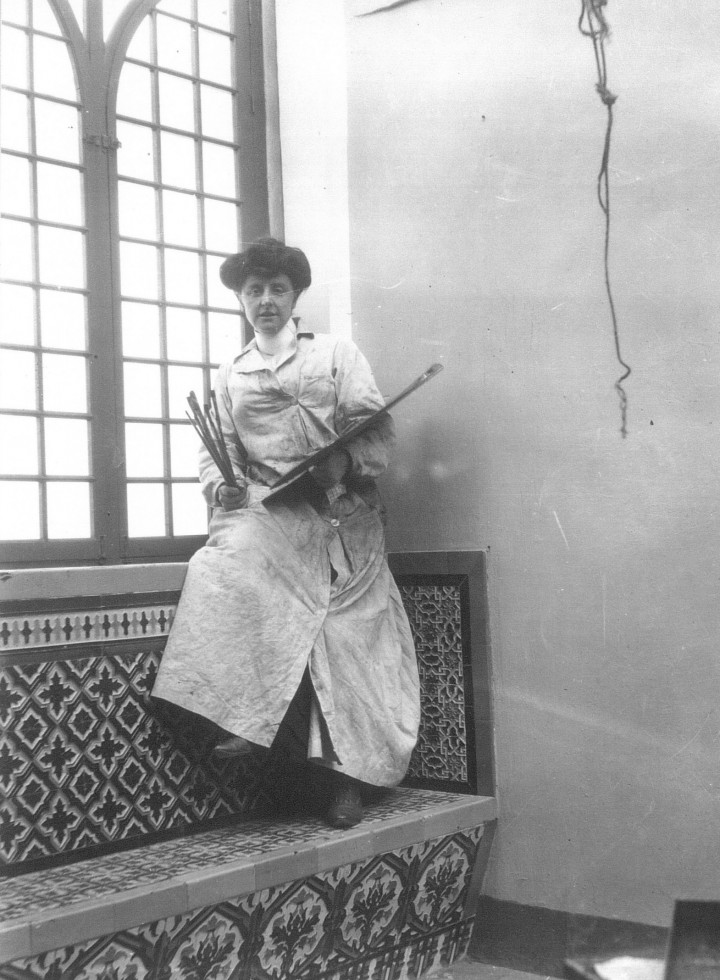 Cameron was part of a generation of women artists who faced deep-rooted discrimination and sexism. To succeed in their chosen profession, they had to fight harder than their male counterparts. It is doubly regrettable that in so many cases their achievements continue to be overlooked in the wider narrative of Scottish art history. However, with further research and exposure, it is hoped that their legacies will be restored.

The accompanying book Mary Cameron: Life in Paint is written by Helen E. Scott with a foreword by Kenneth McConkey (Sansom & Company, 2019).