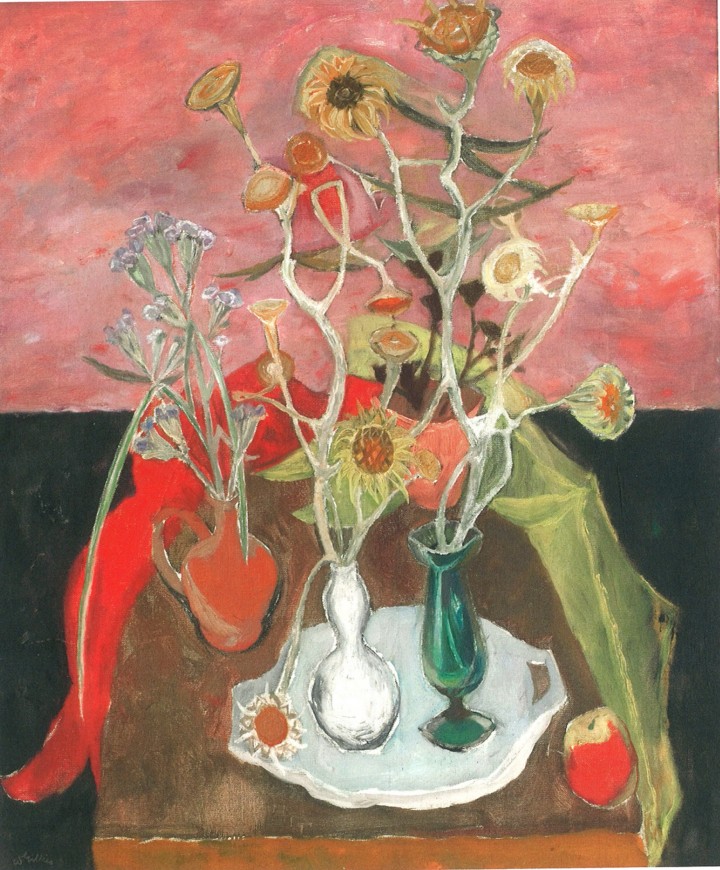 James Knox, director of the Fleming Collection, said: “The acquisition of this wonderful 1950s still life means that we now have a group of works spanning all of Gillies’ remarkable career.” It joins his oil paintings Early Spring and Still Life Pots and Feathers along with a selection of watercolours.

William Gillies was born in Haddington in East Lothian 1898 and had just enrolled in Edinburgh College of Art (ECA) when he was called up for war service with the Royal Engineers, returning to college after the war. After graduating, assisted by a travelling scholarship, he studied under the cubist André Lhote in Paris, where he was exposed to the work of Cezanne, Braque and Picasso, and briefly worked in a cubist style. 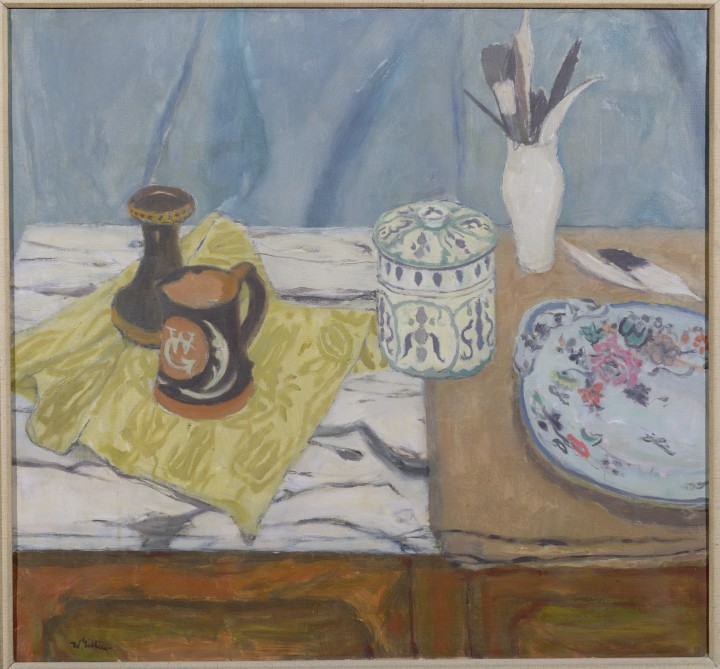 In 1922, along with nine fellow students, including William Crozier and William MacTaggart, he founded the 1922 Group, which exhibited at the New Gallery in Edinburgh for the next ten years.

Gillies took up a part-time teaching position at ECA in 1926 and remained on the staff for 40 years, becoming head of drawing and painting in 1946 and principal of the college from 1960 until his retirement in 1966.

James Knox said: “As a young artist, Gillies was greatly admired by Peploe and Cadell. He went on to become one of the leaders of the Edinburgh School, who emerged in the 1920s as the successors to the Colourists. Younger generations of the Edinburgh School, such as Elizabeth Blackadder and John Houston, were taught by Gillies, making him one of the most influential Scottish painters of the mid-twentieth century.”

The Fleming Collection recently staged the first ever museum survey of the artists of the Edinburgh School at Abbot Hall Art Gallery in Kendall titled in Colour and Life - The Art and Influence of the Scottish Colourists, which traced  the elements of style from the Colourists through to the modern masters of the later 20th century.