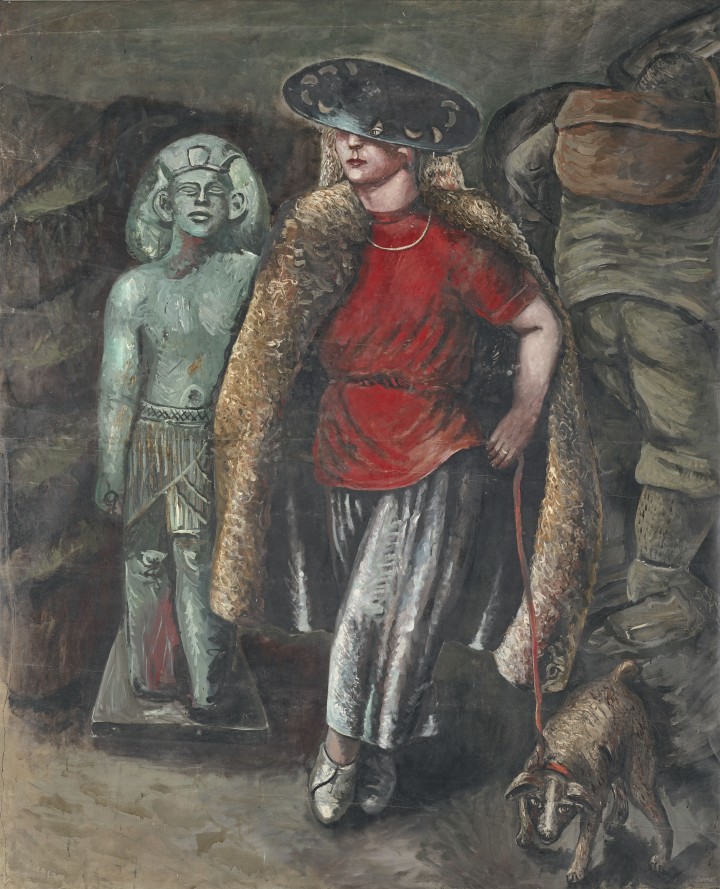 If clothes maketh the man – and woman - chances are they also maketh the artist that springs forth from such wilfully individual sartorial felicities. This was certainly the case with Steven Campbell, whose death in 2007 aged fifty-four left behind a body of work embodied by tweedy romantics occupying extravagant dreamscapes that all but burst through the frame in their desire to make a world of one’s own.

The importance of clothes to Campbell is unwrapped in this online promenade through the fabric of his life and work, curated by fashion historian Mairi MacKenzie and fashion designer Beca Lipscombe. Their hi-tech rendering is produced by Glasgow based curatorial organisation, Panel, and developed in partnership with digital media designers ISODESIGN and artist Rob Kennedy in a presentation by Tramway, Glasgow.

With Campbell’s wife Carol talking us through the couple’s life together, as they sashay through early days at Glasgow School of Art, through to success in New York, before making a prodigal’s return to Scotland, the idyll of their homeland intact, this makes for a deeply personal visual and aural memoir.

Campbell cuts a dash throughout, self-made in his own image, from vintage flying suit to Comme des Garcons, to Che Guevara beret, before posing for Lord Snowdon like the laird of the manor close to his and Carol’s Kilsyth home.

As the exhibition’s title implies, class is important here. Campbell’s personal and artistic revolt into style and sense of reinvention was sired during an era when fashion was at the vanguard of a post-punk revolution spearheaded by autodidacts like him. Dressing up was a political act of self-expression as much as an artistic one, and making a statement was everything.

As Campbell found success in the aspirational 1980s, the vogue for vintage junkshop elegance may have moved into the designer age, but the attitude remained. This is confirmed by family photos, in which a fearlessly flamboyant Campbell is flanked by the couple’s mortified looking children.

As the sound of Carol Campbell’s every tenderly related anecdote makes clear, this is also a love story. Listen to the way she talks about Lady with Palette Hat and Hound, Portrait of Carol (1982), painted as a gift to her.

Campbell waits until the end, however, before revealing the roots of their relationship on an unlikely bus trip to Ostend. With the pair already seeking worlds beyond their own front door, their youthful kindred spirithood is immortalised here in photo booth black and white. The life that followed is summed up best when Carol quotes Steven’s description of her during a radio interview with journalist Edi Stark. “My guide. My love,” he called her. Words to treasure in this intimate tour through the great adventure they shared.

Dressing Above Your Station – Fashion and Textiles in the Life and Work of the Artist Steven Campbell can be viewed at online until June 26th.