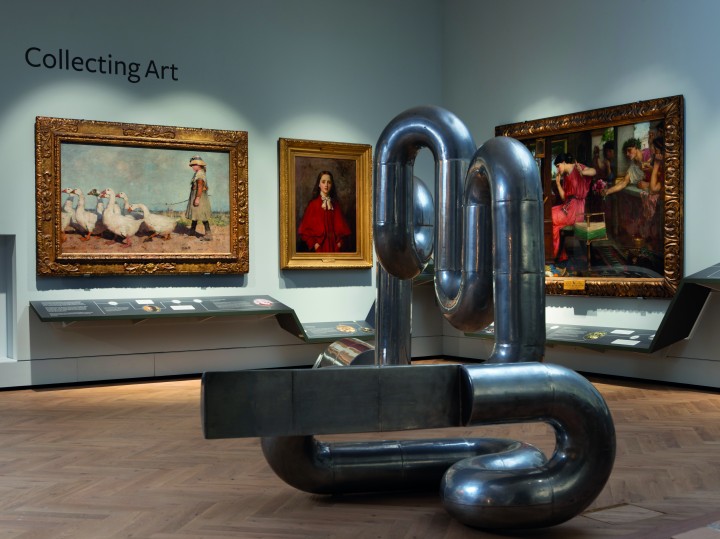 Reflective vests and protective glasses are still the order of the day when I visit Aberdeen Art Gallery, but it’s clear that work has reached the finishing touches stage. The paintings are hung, the stock is being put on shelves in the gift shop and the new level-access doors are getting ready to swing open to welcome the first visitors on Saturday 2 November.

There is plenty of curiosity about the gallery, which closed in January 2015 for a £34.6million refurbishment. The collection has long been highly regarded and the redevelopment by Hoskins Architects significantly increases the space in which it can be shown, as well as adding major new rooftop spaces for touring exhibitions and modern visitor facilities. 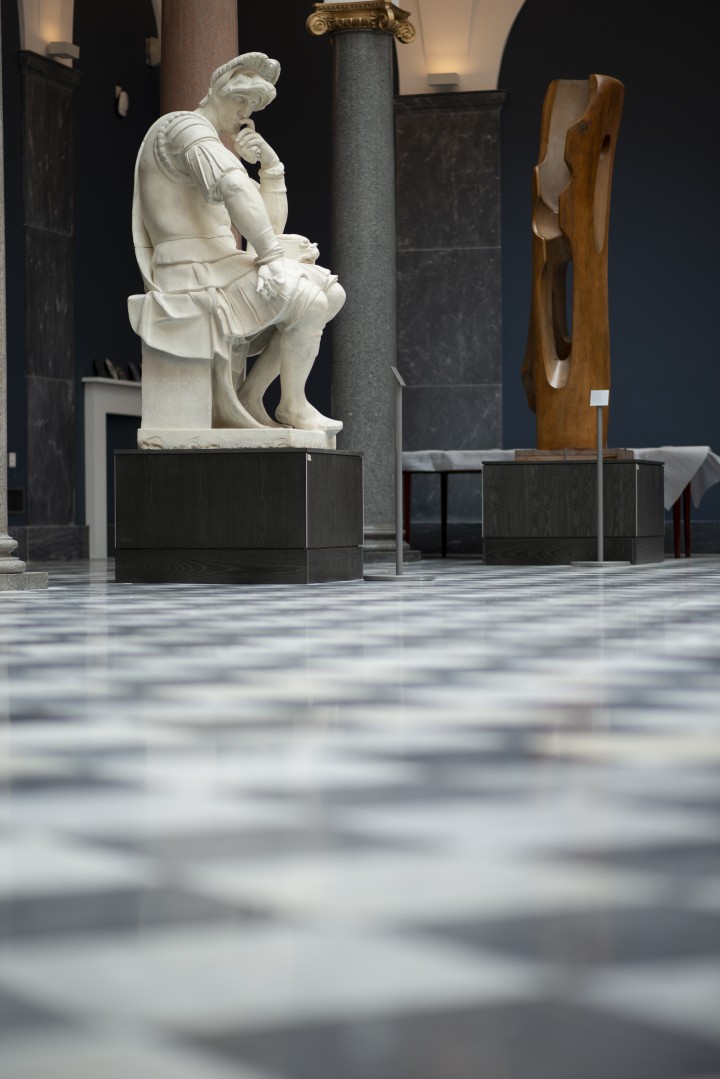 A key aim has been to improve navigation around the building and link it effectively with its neighbours, the Memorial Hall (behind the city’s war memorial) and the Cowdray Hall. ‘It’s a challenge because it’s three separate A-listed buildings,’ says Christine Rew, manager for Aberdeen Art Gallery & Museums. ‘The whole complex has grown up ad hoc; this is the first time it’s been thought of holistically.’

Aberdeen Art Gallery opened its doors in 1885, with the Memorial Hall and the Cowdray Hall (a small concert venue noted for its fine acoustics) following in the 1920s. Now, for the first time, it is possible to stand in the Memorial Hall and look straight through to the gallery’s Sculpture Court with its iconic pillars (each showcasing a different type of granite) and chequered marble floor. Today, the Sculpture Court is home to work by Barbara Hepworth and Jacob Epstein, a glittering neon piece by Tracey Emin, and work by contemporary Scottish artists Christine Borland, Sara Barker and Lucy Skaer. As the gateway into the rest of the gallery, it’s a taster of just how remarkable Aberdeen’s collection is. 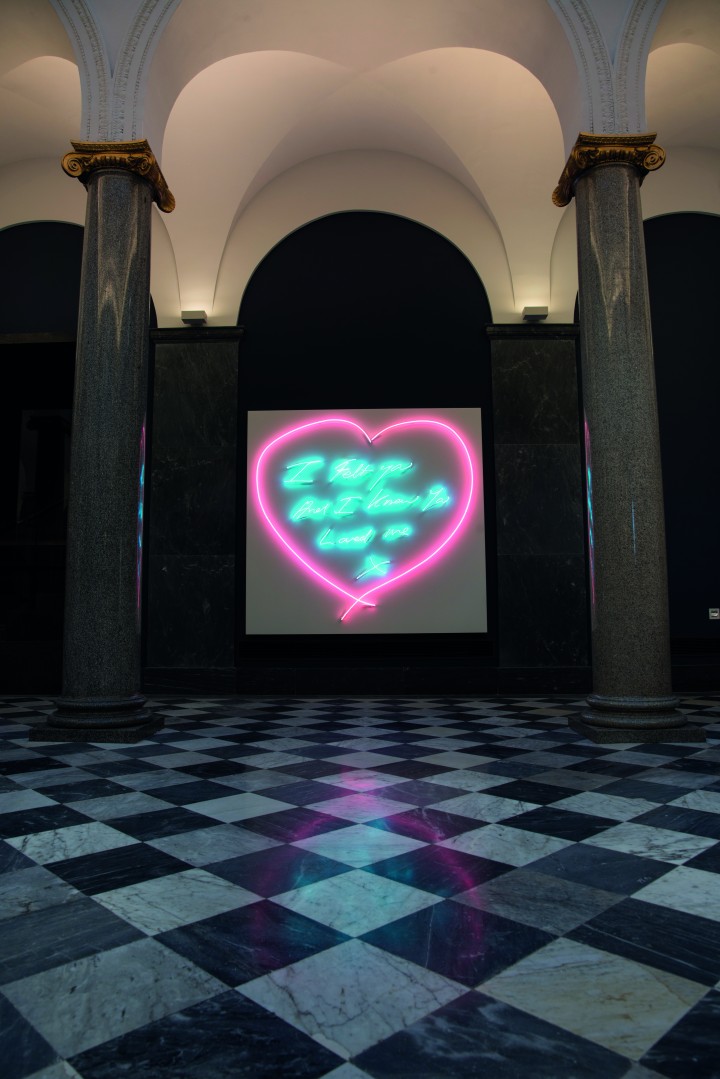 When the gallery was founded in the 1880s by a group of local philanthropist-collectors, one of the key figures was granite merchant Alexander Macdonald who not only left his own extensive collection to the institution but endowed a bequest for the purchase of works no more than 25 years old. ‘It means we have been collecting contemporary art for more than 130 years,’ says Rew

It was a bold move at the time – it took until 1960 before the National Galleries of Scotland revoked its unwritten rule and started to collect works by living artists – and the choices were not always popular. ‘When Francis Bacon’s Pope I, Study After Pope Innocent by Velazquez was bought, it was thought of as ugly,’ Rew says. ‘With hindsight, it was a really bold, adventurous acquisition to make, and part of my job is to encourage today’s curators to do the same.’

The nature of Macdonald’s bequest shaped the future, enabling the gallery to build up a major collection of British art from the first half of the 20th century – Paul Nash, Eric Ravilious, Stanley Spencer – and important post-war works by the St Ives school, Bridget Riley, Jon Schueler and others, many of them purchased when such work could be bought much more affordably than it can today. And now, thanks to Macdonald, Aberdeen is one of few regional galleries able to collect contemporary art. 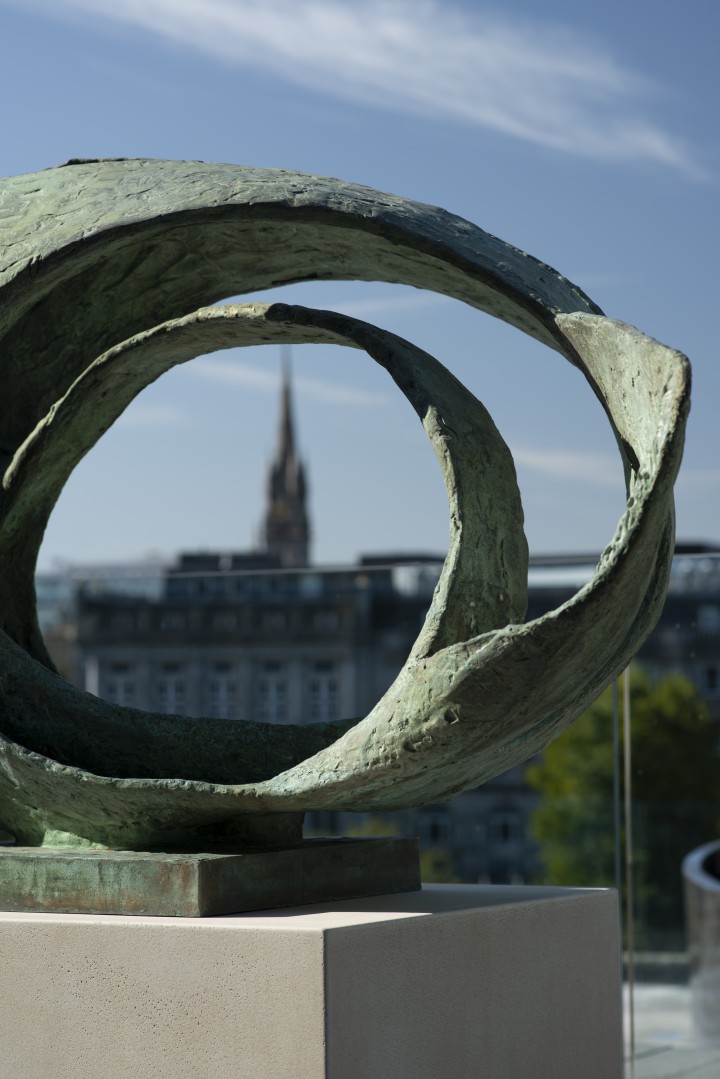 With the redevelopment, the number of galleries available to display the permanent collection has increased from 11 to 18. Some 300 objects were on show when it closed in 2015 – now there are more than 1000. The bright, airy BP Galleries on the second floor (formerly the building’s roof), currently housing two exhibitions by photographer Martin Parr, mean that visiting shows can be accommodated without having to make space within the permanent collection.

For the first time, there are opportunities to display craft, decorative arts and jewellery, but it is in fine art that the collection excels again and again. The 19th-century Scottish favourites are all here – Edwin Landseer, George Phillip, Joseph Farquharson. John Lavery’s The Tennis Party is currently being shown next to The Ferryman by Willian Stott of Oldham, which is on tour from the Tate. Sir James Guthrie’s goose girl in To Pastures New has pride of place in a room giving background to the collection. 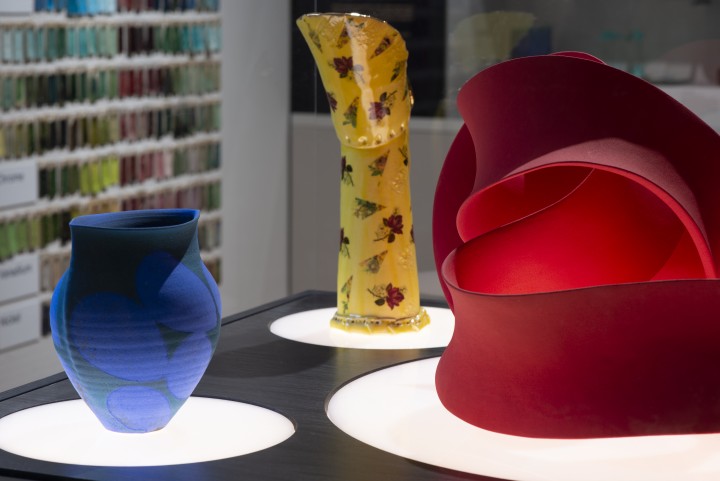 One room pairs 19th-century European paintings with Scottish companions: Fantin-Latour and Leslie Hunter, Daubigny and George Reid, Bastien-Lepage and Alexander Mackenzie, Monet and MacTaggart, each one a much-loved masterpiece. There are such riches in this collection, they come at you almost casually.

And everywhere there are surprises. In a room about Victorian Scotland, we find The Lion and the Unicorn by contemporary artist Rachel Maclean, who represented Scotland at the Venice Biennale in 2017. A room titled Human Presence houses further gems from the contemporary collection: Calum Colvin, Alison Watt, Kenny Hunter’s Feedback Loop alongside large works by Gilbert & George and the Chapman Brothers, all delivered without apparent ceremony.

For the art lover, all this is reason enough for a trip to the Granite City but collections, these days, must be accessible – and that goes far beyond a passenger lift and some interactive displays for children. Curators have worked with exhibition designers Studioarc to present the collection in new ways, drawing heavily on public consultations. 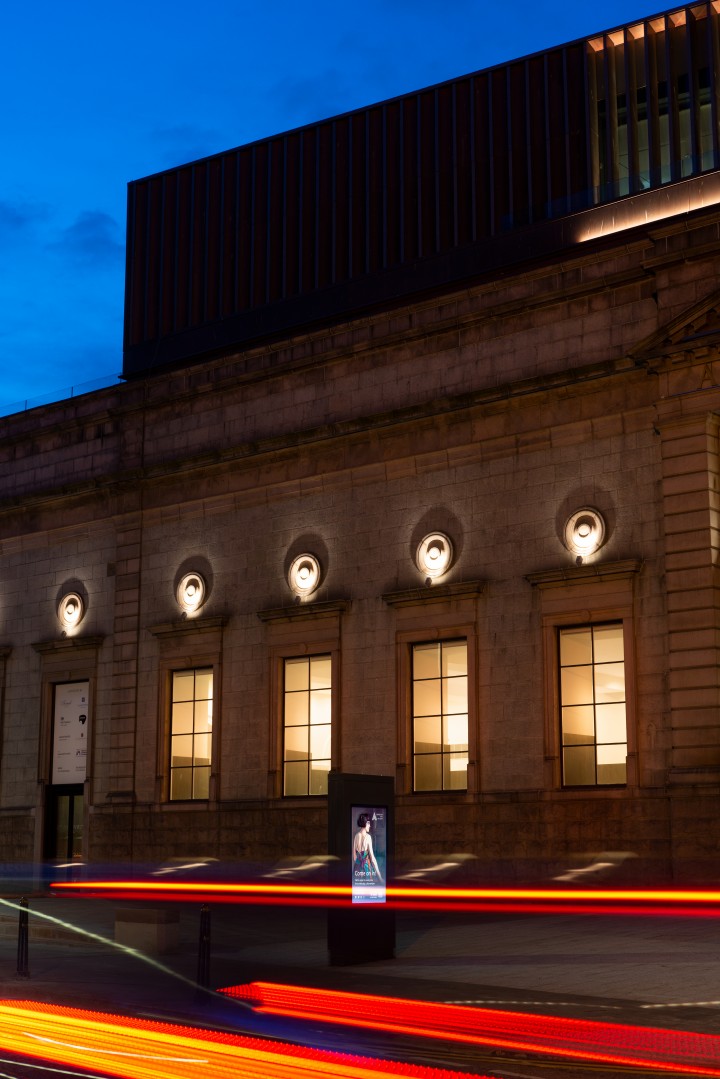 Not everyone will agree with all the decisions they’ve made, but no one can deny the quality of the raw material. To explain the evolution in landscape painting, for example, there’s a neat projection from Turner to Pissarro to Mackintosh Patrick to Eardley. A room of portraiture goes from Raeburn to Martin Parr via David Wilkie, Benno Schotz and Ken Currie. A display on sea and shore includes not only MacTaggart and Eardley, but Dalziel + Scullion, Will Maclean and a wall of maritime prints by Ian Hamilton Finlay. The surprises just keep coming.

In Rew’s words: ‘If you don’t like one room, keep walking, you will find something you do like.’ And she’s isn’t wrong. Whether the new-look gallery will create a cultural quarter for Aberdeen as the V&A has for Dundee remains to be seen. But there can be no denying the riches of its collection or what a pleasure it is to see them on show again in fine new surroundings.