Peonies in a Chinese Vase 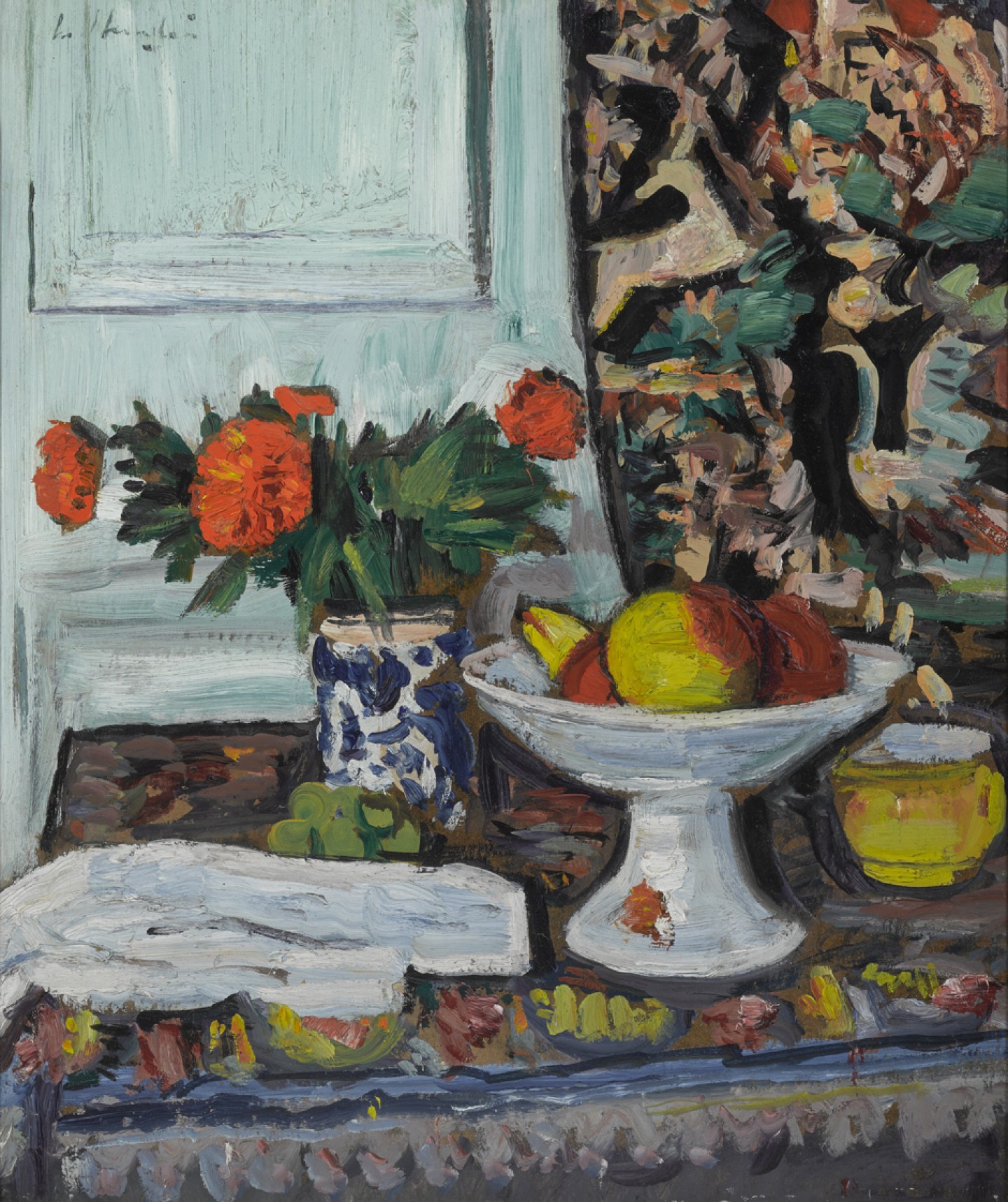 In the early 20’s Hunter pushed the boundaries of still life painting in a relentless examination of the balance between colour, line and form as interpreted by Cezanne and increasingly by Matisse. Peonies reveals his debt to Matisse in the decorative elements but also one of his prized dicta of Cezanne’s that ‘when colour attains its richness, form attains its plenitude.’ When the cheerleader for Post-Impressionism, Clive Bell, saw this painting at a show in London, he wrote: ‘This is the finest picture in this exhibition and I do not know who painted it’.

Born in into a well-to-do family from the Isle of Bute , Hunter’s formative life as an artist was spent in California where, aged fifteen, he had emigrated with his family. A passionate draughtsman and despite no formal training, he became an accomplished illustrator for leading publications in San Francisco. A striking Bohemian with an eye for the ladies, he had a rackety love life fathering an illegitimate daughter in Paris before the war.

Fired by a trip to Europe in 1904, he determined to break free of illustration to become a painter. His ambitions turned to ashes when all his new work was destroyed in the 1906 San Francisco earthquake on the eve of his first solo exhibition.

Aged 29, Hunter retreated to Glasgow to rebuild his life as an artist, which resulted in a successful exhibition in 1913 of still lifes inspired by old Dutch and modern French masters. Spending the war labouring (lightly) on a cousin’s farm in Lanarkshire, he continued to push the boundaries of his art until he found his path as a colourist triggered by his discovery in 1919 of the landscape and shoreline of Fife.

Hunter’s vocation as a colourist and his understanding of modern masters, particularly Van Gogh and Matisse, resulted in some of the most individualistic and authentic works by the group. However his chaotic private life marked by heavy drinking and ‘nerve attacks’ led to periods of artistic block. He died from medical neglect in 1931, aged 54.