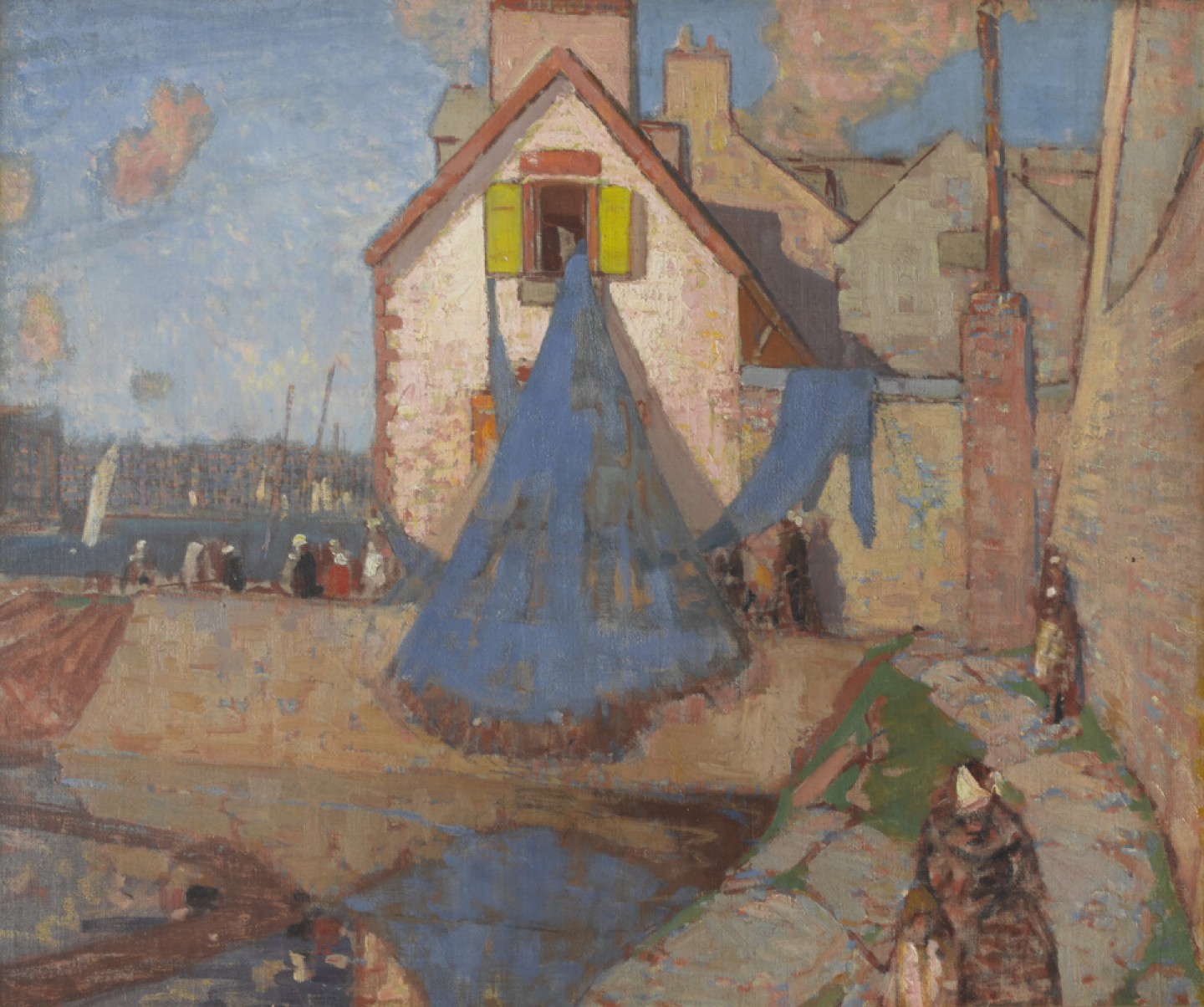 Born in Wick, Caithness, Sutherland worked in a law office for two years before moving to Edinburgh, where he soon decided to take up art. From 1906 to 1909 he attended the Royal Scottish Academy's Life Class, where Charles Hodge Mackie was an important influence. He was awarded the Carnegie Travelling Scholarship, which allowed him to visit Paris and Spain in 1911, and in 1913 he went to The Netherlands and Belgium. The same year he joined the staff of Edinburgh College of Art, where he remained for twenty years except for service with the Royal Scots during the First World War. He was a successful teacher and respected by his colleagues.

Between 1920 and 1924 Sutherland spent most of his summers at Concarneau, on the south coast of Brittany, which inspired many of his best paintings. During the late 1920s he began painting in the north-east of Scotland, often camping with William Gillies and John Maxwell.

In 1938 Sutherland was appointed Head of Gray's School of Art in Aberdeen, a post he held with distinction for some ten years. As well as being a figure and landscape painter, he executed many fine portraits.