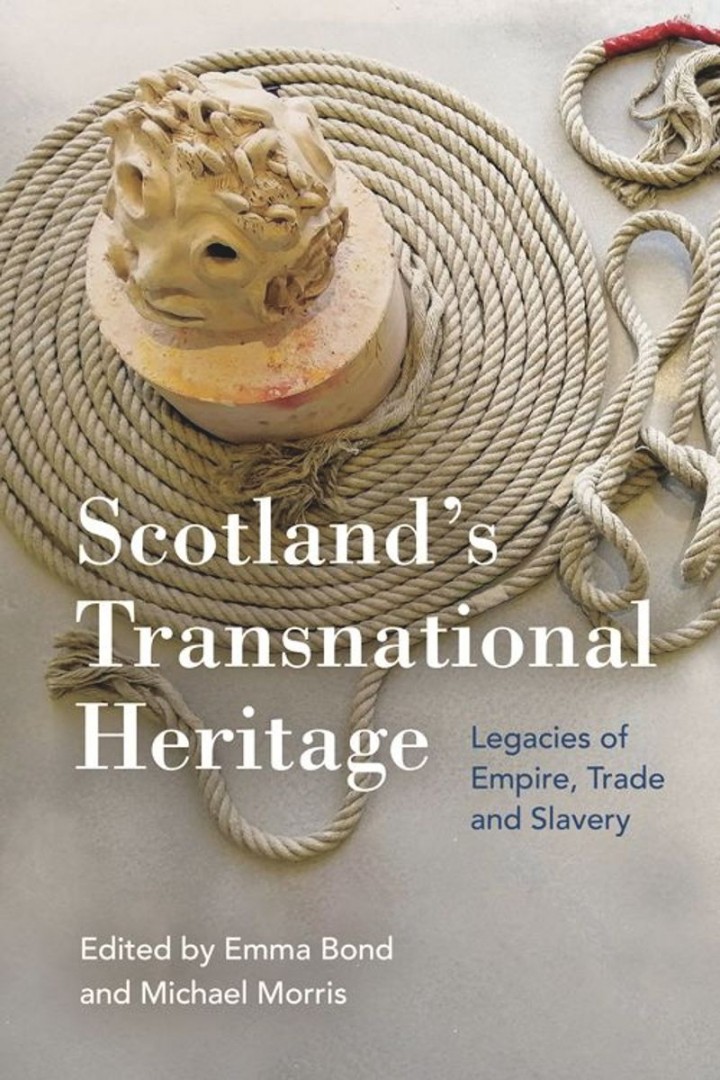 The fundamental question posed by this book is one asked by artist Alberta Whittle at the beginning of her foreword: “How do we decide which stories to tell?” (p.xv). More broadly, the question is how galleries, museums and heritage collections choose which stories to tell with, and through, their collections. In these, still, early days of decolonising collections, this book brings into focus the legacies of empire and slavery in Scotland’s heritage, seeking to identify, and correct, the erasure of a transnational heritage that has buried racialised trauma beneath the more palatable narratives told until now, with global protests such as Black Lives Matter lending urgency to such matters.

Scotland’s heritage landscape is replete with the legacies of empire, trade and slavery. Many Scottish museums are custodians of collections that relate to imperial trades. As a conduit for imported raw materials from across the globe such as sugar, cotton and jute, Scotland manufactured then exported the finished products back to British colonies. Think of the interwoven journeys of jute, sugar, linen and herring. Jute sacks were shipped from Scotland across the globe to carry cotton, grain, coffee, wool and sugar. Course linen was used to clothe enslaved peoples in the Caribbean and South America and low-quality Scottish herring was shipped to the West Indies to feed enslaved peoples. Yet, these are not the only Scottish connections to empire and slavery. So, what are some of the challenges to Scotland’s transnational history set out in this publication?

Fashion historian Teleica Kirkland follows the journey of tartan through the African diaspora, explaining precisely how the uniforms of Scottish Highland regiments and the involvement of the British government in the East India Company left its mark on African cultures across the British Empire. In another tale of textiles, historians Sally Tuckett and Christopher A. Whatley consider Dundee’s transnational networks in relation to linen and jute in the period c.1740–80. Meanwhile, artist Jeni Reid explains how her project Undiscovered Angus used postcards to share the colonial history of Angus with her neighbours, open up conversations and remember individual enslaved people. Lisa Williams, the founder of Edinburgh Caribbean Association, conducted Black history walking tours in Edinburgh. The idea, she explains, “is to take information that is often jealously guarded behind inaccessible journal access barriers literally to the streets” (p.84).

Writer and academic Bashabi Fraser helped to rewrite object labels for the Scottish Design Galleries at the V&A Dundee, exposing more complex decolonised histories for gallery visitors. At the National Museum of Scotland, a contemporary Empire Café tea set is one object that is used to interrogate questions of slavery in their “Industry and Empire” gallery, an example of a critical intervention used to acknowledge an absence in Scotland’s national story. At Paisley Museum and Art Gallery there are many problematic aspects of the collection. To touch on just two, the designs for ‘Paisley’ pattern shawls originate in Kashmir and Persia and J & P Coats thread manufacturers were dependent on cotton harvested by enslaved people.

Some of Scotland’s connections to empire and slavery are well-known, although perhaps not well-understood. Others are less well known. The value of this book is its depth of research, its openness and its direct engagement with Scotland’s museums, galleries and heritage collections. That engagement has already facilitated different approaches to public exhibitions and displays. It is also a valuable opportunity to acknowledge difficult histories, expose hidden traumas and tell different stories.