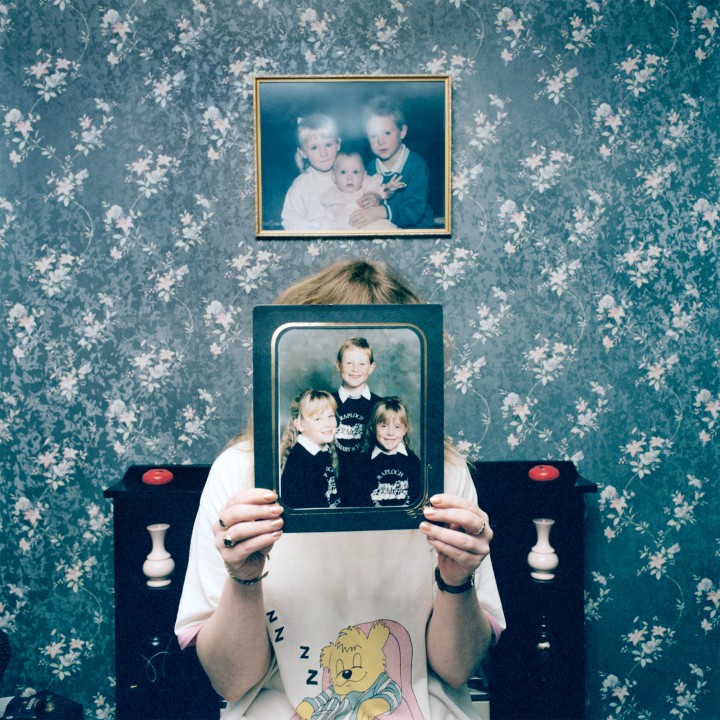 Walls are everywhere in Margaret Mitchell’s collection of photographs of her extended family in Stirling, an ancient limbo of sorts that exists more or less equidistant from Edinburgh and Glasgow. Doors and windows too. Together, they look out on other worlds beyond while at the same time hemming in those who occupy them.

Drawn from two series’ of images taken more than two decades apart, the story these pictures tell of Mitchell’s nieces and nephews as both children and adults with their own broods is a deeply personal family portrait. In its everyday evocation of still lives getting by in spite of everything, it also highlights the social and economic barriers that exist, and which continue to worsen to a dangerously damaging degree. 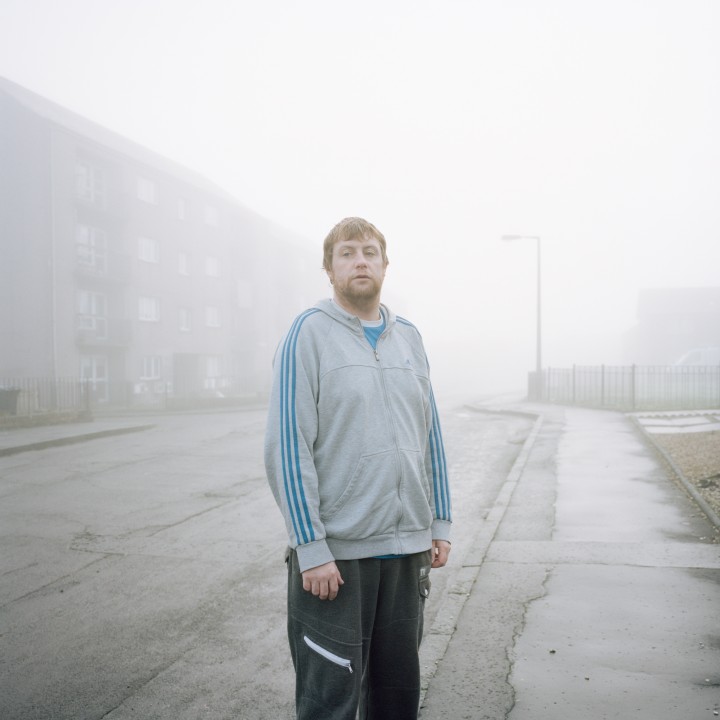 The first part of the book, Family, dates from 1994, when Mitchell’s sister Andrea and her three children, Steven, Kellie and Chick, were living in a flat in The Raploch, an area of high socio-economic deprivation. The second part, In This Place, catches up with Steven, Kellie and Chick in 2016, when each are living in their own flats a bus ride away in St Ninians on the other side of town. While details of how things have panned out in the years between are not made explicit in Mitchell’s texts that accompany her images, it is clear that choices have been limited.

A sense of place is crucial to Mitchell’s portraits, though it remains tellingly hard to tell the two neighbourhoods apart. Where Family stays indoors, In This Place steps out onto otherwise empty streets. Both act as borders marking the human stories on show in Mitchell’s slow-burning studies of a family at work, rest and play. 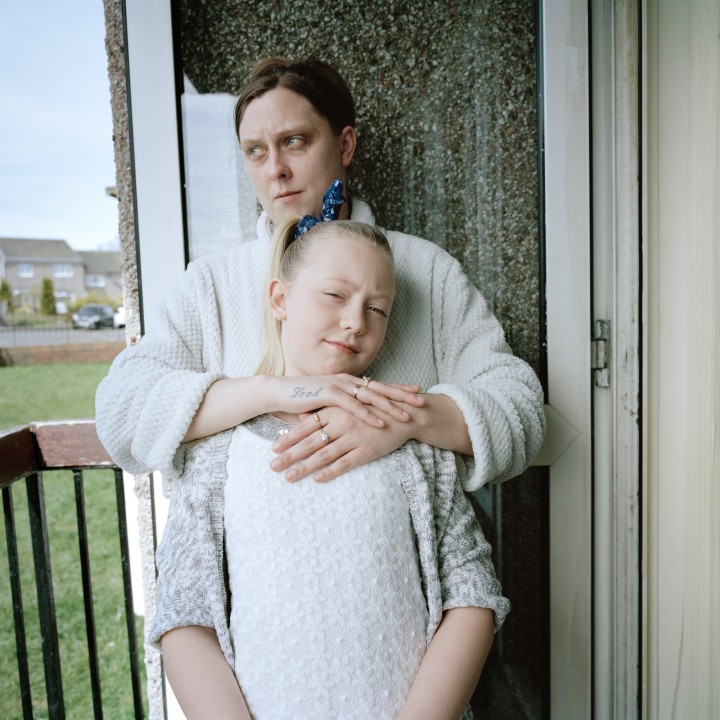 With Andrea having passed away, and her presence only glimpsed fleetingly in the book’s first half, Steven, Kellie and Chick have made their own social glue. While each of them is photographed in isolation in the second half of the book, a sense of looking out for each other prevails. This is clear when the new generation of young people are pictured with their respective parents. Through Mitchell’s lens, a deep-rooted sense of love pervades throughout what is a life’s work on every level in what in part marks her own prodigal’s return. This is her rites of passage as much as that of her family.

Pictured by themselves, Steven’s children, Kyle, Abbi and Junior, Kellie’s three, Courtney, Kyla and Liam, and Chick’s daughter Leah, look like they could take on the world. Given the chance, they may yet.