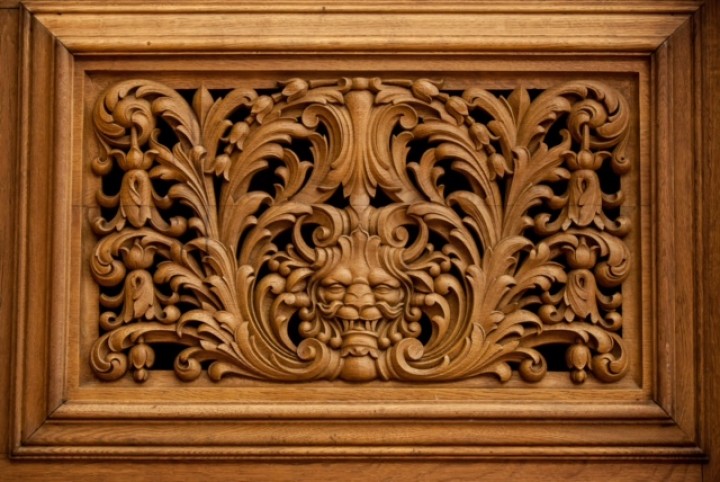 The spirit of Orpheus is ever present in Marchmont House, the Grade A listed Palladian mansion nestled in the Scottish Borders since being built by the 3rd Earl of Marchmont, Hugh Hume-Campbell, in 1750. A carving of the great prophet of Greek mythology by sculptor Louis Deuchers dominates the fireplace of what Marchmont director Hugo Burge likes to call ‘The Lorimer dining room’. This is an unofficial acknowledgement to architect Robert Lorimer, who modified and expanded the House between 1914 and 1917, building on its original design attributed at various points to either William Adam or James Gibbs.

With Orpheus plucking his lyre in the woods while surrounded by animals charmed by his great musicianship, this image alone seems to sum up the power of art to transcend the ordinary, both in Greek times and in Marchmont House itself. Built on the edge of the village of Greenlaw, some nineteen miles from Berwick-upon-Tweed, under Burge’s guidance, Marchmont’s previously neglected country pile is in the midst of an ongoing renaissance.

With its legacy keeping a keen eye on the future, Marchmont House has been knowingly branded as ‘stately but homely’. The ultimate aim is to make the house and its grounds a major local, national and international centre for creativity, arts and crafts. Orpheus would surely approve. 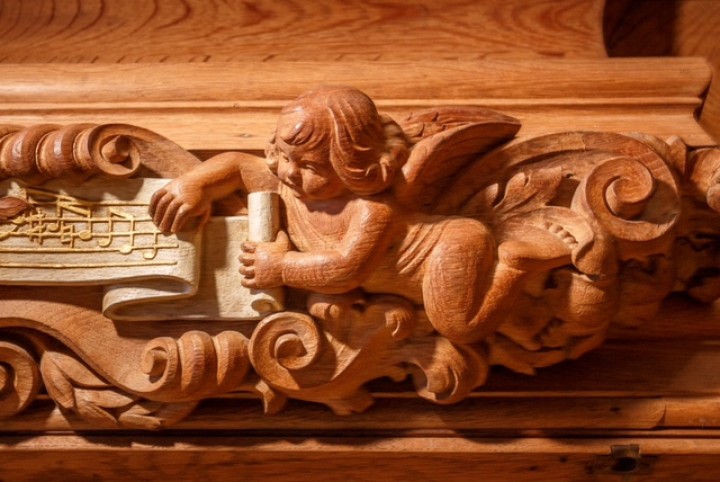 ‘It’s one of my favourite things in the House,’ says Burge of Deuchers’ fireplace carving. 'There’s a symbol there of artists that anyone who knows what we’re doing in Marchmont House will recognise, and want to try and recapture.’

Burge’s more grounded relationship with Marchmont House dates back to 1988 when his father purchased the estate. At that time, the House was being used as a Sue Ryder Care Home after previously being owned by the McEwen family. It was the McEwens who commissioned Lorimer's expansion of the building, including the conversion of a stable wing into what is now a music room with a full size organ situated at one end. This epitomised the McEwens' love of music, particularly through the figure of artist and musician, the late Rory McEwan, a leading figure in the 1960s folk revival.

Only in 2005 following the closure of the care home did Burge began to see possibilities of a very different future for Marchmont House. By this time, some financial security had come from Burge striking out as a successful internet entrepreneur. This allowed some breathing space during the 2008 financial crash prior to a major eight-year development of the house. The 390-acre landscape around it was similarly reinvented as a natural arena for outdoor sculpture, with works by the likes of Antony Gormley, Steve Dilworth, Frippy Jameson and Kenneth Armitage commissioned or purchased and installed.

Prior to the ongoing Covid-19 pandemic, 2020 was all set to be a big one for Marchmont House. Even with the enforced curtailing of activities that have resulted, the fabric of Marchmont House is about to expand further. This follows the announcement of a series of major developments that will put the House on the map even more.

In terms of public facing projects, two major outdoor works by sculptor Charlie Poulsen – Skyboat and Dancing Tree - were seen for the first time in September. The heart of the former is a piece called Girl Hannah, which sees a former wooden fishing boat suspended four metres in the air, with five oak trees planted beneath eventually growing to form a living cradle for the boat.

Marchmont has also taken on its first artist in residence, Valentine Warner. Best known to many as a TV cook and writer of several food books, Warner plans to use his new role to create a 3D collage inspired by Marchmont House and estate, perhaps drawing contemporary inspiration from his dual role as Marchmont’s in-house chef.

‘It’s been an unreal year in many ways,’ Burge understates somewhat. ‘Yet, despite everything going on in the world, it’s been heartening to have all these silver linings. To see the studios come alive has been wonderful, and has been kind of perfect for this strange era we’re living through. Artists can work safely on their own here, but they’re also part of a community.’

‘When we set out to do what we’re doing, it was really important that Marchmont House had a strong sense of purpose about everything that goes on here, and that it made good connections with everything going on around it. It’s been heartening to see that take shape, and to start a new chapter for Marchmont House as a place for creativity.’ 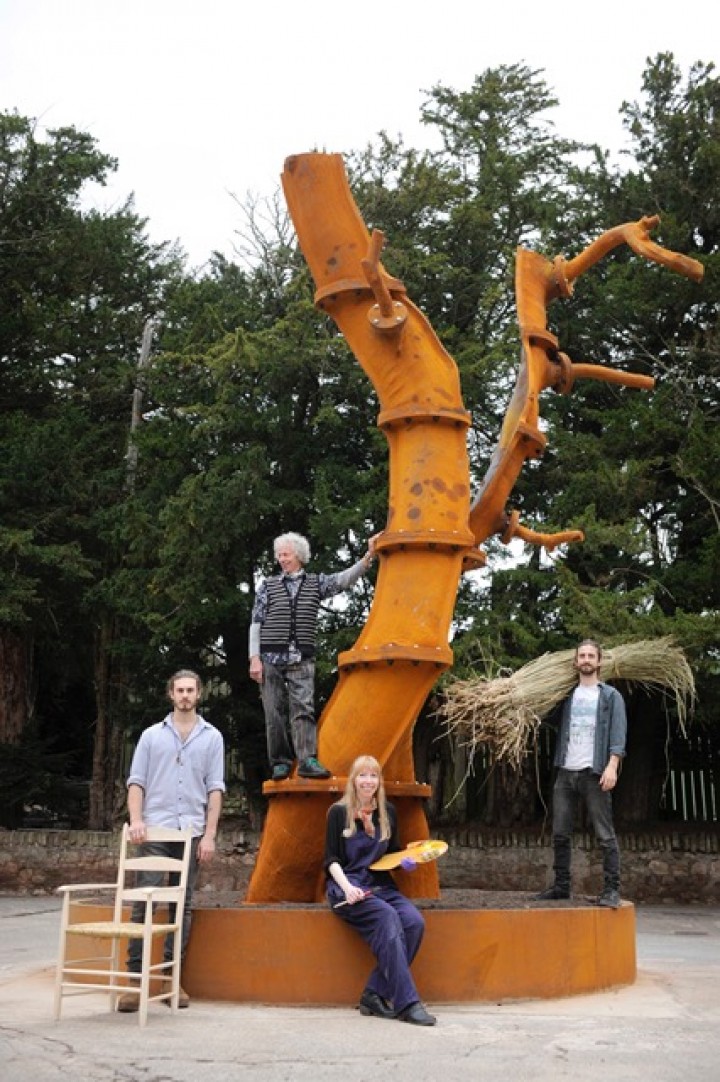 With these points in mind, Burge also has plans for Marchmont House to become a centre for artistic discussion. Already in the pipeline is 'Inspiring Women Artists', a one-day conference originally planned for this year, but now scheduled for April 2021. This follows on from the 'Exploring Modern Sculpture' event held in September 2019, and will see a range of speakers celebrate women artists of the 19th century.

These are set to include figures such as Phoebe Anna Traquair, Mary Seton Watts and Louisa Waterford, as well as artists in the long sidelined Pre-Raphaelite ‘Sisterhood’. The event will be run in partnership with the Royal Scottish Academy, the Mansfield Traquair Trust and Women’s Fund Scotland.

Other collaborations in place include Visual Arts Scotland, the Scottish Gallery, the William Morris Gallery and Dovecot Studios in Edinburgh. Burge sees such relationships as key to Marchmont House becoming a vital part of Scotland’s visual arts and creative infrastructure.

‘We love partnerships,’ says Burge. ‘The ideal is to create an eco-system around the House, and to have amazing relationships with people who want to come here. We very much see artists working at Marchmont House as being part of a much bigger creative landscape.’

In Marchmont House, at least, Orpheus looks set to play a while yet.