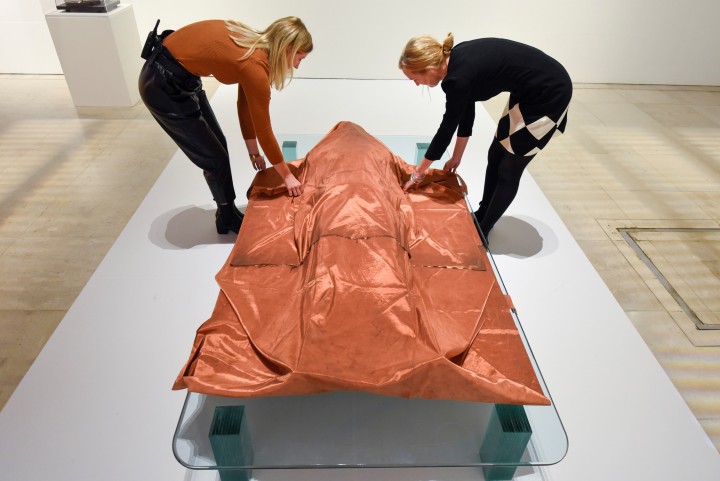 In his book 24/7: Late Capitalism and the Ends of Sleep, art critic Jonathan Crary begins by detailing a failed plan to eliminate night-time. In the late 1990s, a Russian space company announced their proposal to create satellites which would reflect sunlight back onto earth. The initial impetus for the project was to provide illumination in remote geographical areas with long polar nights, allowing outdoor work at all hours. However, the company soon expanded its plans to include the possibility of supplying “daylight all night long” to whole metropolitan areas. There was immediate, almost universal outrage ­– from scientists and environmentalists to cultural and humanitarian groups ­– and the project was ultimately abandoned. Although it was unworkable in reality, Crary uses this example to demonstrate the connection between ‘permanent illumination’ and ‘the non-stop operation of global exchange and circulation.’ It represents an institutional desire for constant visibility ­– to create a world that is always awake, so that it can always consume.

Also giving the exhibition its name, Crary’s book was the starting point for 24/7: A Wake-Up Call For Our Non-Stop World at Somerset House. Curated by Dundee-based Sarah Cook, the show brings together over 50 works which explore the increasing, unrelenting pressure to produce and consume around the clock. Divided into five zones, the exhibition is laid out to mirror our 24-hour-day cycle ­– from dawn to dusk. We begin, we are told, in The Wreckage of the Day, under the cold light of the moon. The walls and floors are darkened, illuminated only by the strobing of NONE Collective’s J3RR1. A Planned Torture (2017) ­– a machine which continually performs a routine stress test. Caught in a nightmarish, oppressive loop, the labour of the machine is both a report of its work and the work itself. As it flashes and clicks at an increasing rate, it constantly verifies its own performance. This is likened to what anthropologist David Graeber calls 'bullshit jobs' ­– ones that keep people busy for the sake of keeping things as they are. 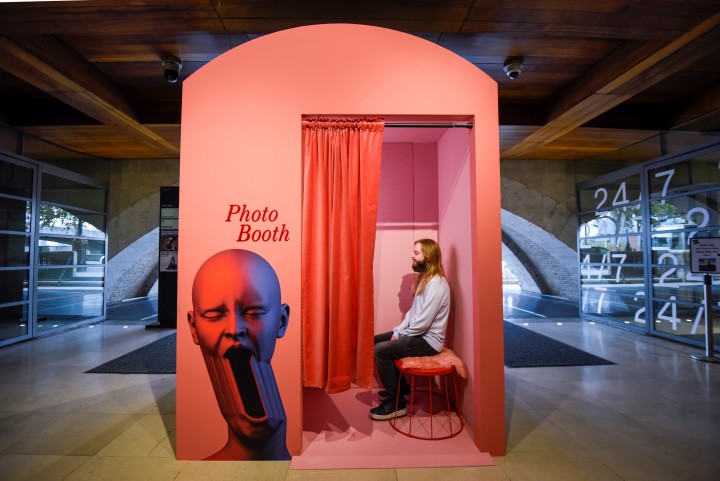 This first section of the exhibition is awash with the threat of escalating sound. An oppressive hum emanates from UBERMORGERN’s film Chinese Coin (Red Blood) about the labour systems of crypto-mining. Nearby, in Benjamin Grosser’s ORDER OF MAGNITUDE (2019), Mark Zuckerberg repeats himself ad nauseum: ‘more’, ‘maximise’ ‘grow’, ‘hundreds’, ‘millions’. The artist edited together footage from every video appearance the Facebook founder made throughout his career from 2004 to 2018. Drawing out his favourite terminology, the video focuses on Zuckerberg’s obsession with growth and expansion; the resulting video is over 47 minutes long. Compiled together Zuckerberg’s shameless refrain of ‘more, more, more’ mirrors the systematic, accumulative approach of social media platforms ­– stoking addiction and anxiety by showing how many likes, comments and interactions you have.

Once past The Wreckage of the Day, the exhibition continues its cycle, delving into subjects around sleep, attentiveness, surveillance and the workplace. Following Crary’s writings about 'always on' technologies such as television, video-gaming, online gambling and internet pornography, the exhibition draws attention to the inevitable erosion of hours previously reserved for sleep. Most of our devices have a sleep-mode ­– a deceptive state meaning neither on or off. As such, the once clear delineation between two innately opposed states is being worn down; sleep has come to be a symbol of the time when we are not paying attention. It is necessarily bound up in the demands of capitalism in its essential idea of loss. As Crary points out, unlike other necessities of human life – hunger, thirst and intimacy – sleep ‘is the only remaining barrier, the only enduring "natural condition" that capitalism cannot eliminate.' It has not been, and perhaps never can be, commodified or financialised.

Spread across Somerset House’s Embankment Galleries, the scale of 24/7 feels overwhelming and relentless at points. Like the subject matter it mines, it can itself become so far-reaching and over-populated that it begins to lose meaning. There is of course an irony in the failure at maintaining/retaining our attention through sheer volume of material. However, Cook’s careful alignment with Crary’s original material provides it with an urgent, critical framework. Overall it also avoids a moralising tone; we are of course now saturated with data and information about the dangers of our own behaviour. Instead, 24/7 reframes and repositions: the erosion of sleep and the compulsive accumulation of social media is explored extensively in relation to capitalism. Sometimes when we disappear into online worlds we do it in protest of external issues: politics, social, cultural and environmental crises. 24/7, when it is at its best, is a reminder that in doing so we are not always serving ourselves, but instead serving those who we are trying to rally against.