Rayonanthus on a Pale Blue Ground 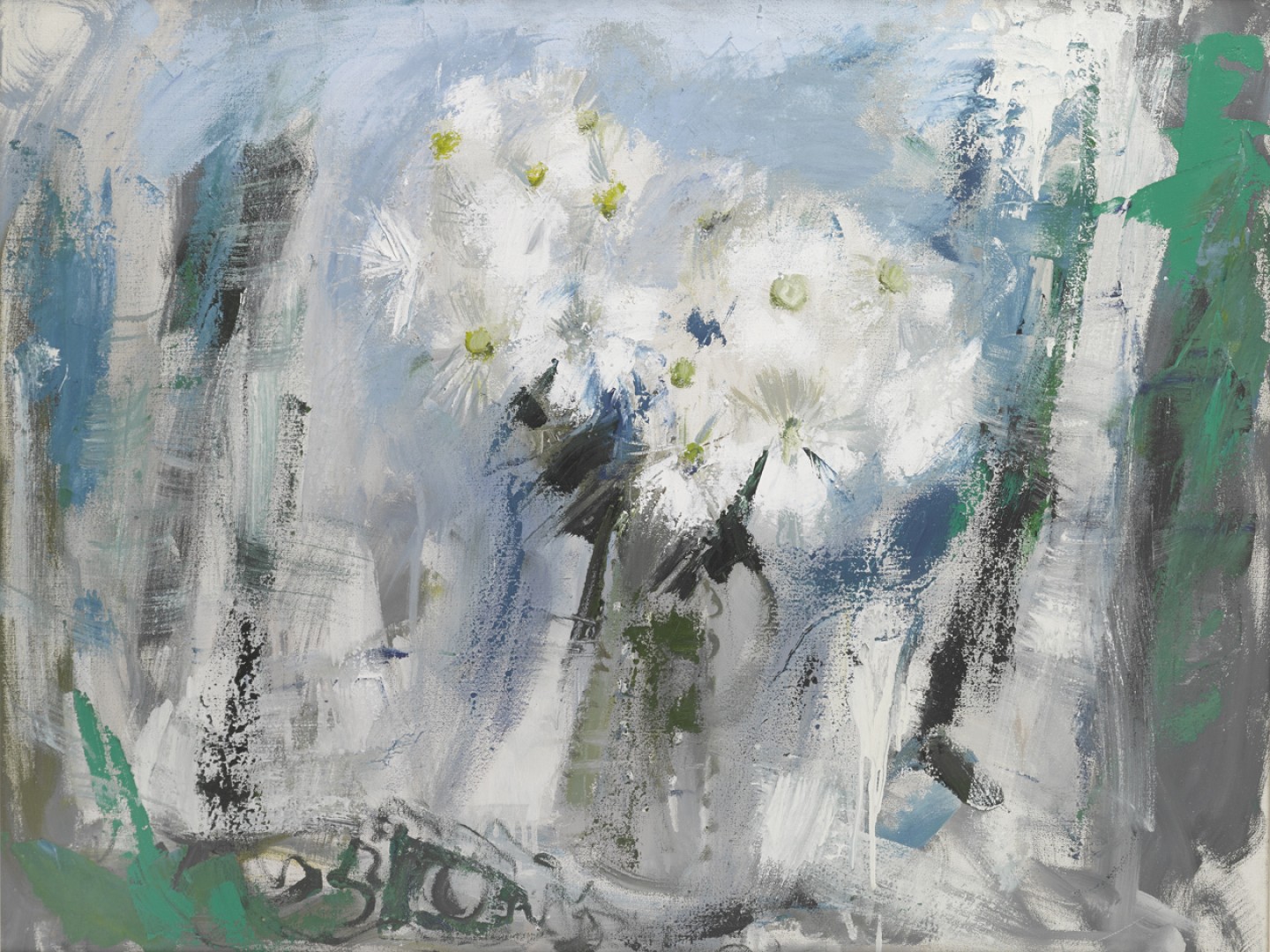 Born in Galashiels, the daughter of a tweed designer, Anne Redpath overcame initial parental opposition to the study of art on condition that she also trained as a teacher. In 1913 she enrolled at Edinburgh College of Aer, where she was taught by, among others, David Alison, Henry Lintott and D.M. Sutherland. The college awarded her a travelling scholarship in 1919, and Redpath went to Brussels, Bruges, Paris, Florence - where she lived for several months - and Siena, where she was impressed greatly by the work of the Sienese Primitives, particularly the brothers Lorenzetti.

In 1920 she married James Beattie Michie, an architect with the war Graves Commission in France, spending fourteen years bringing up a family, first in northern France and then on the Riviera, painting whenever she could. She and her three sons returned to Scotland in 1934, living in Hawick, where she had been brought up. She moved to Edinburgh in 1949. On her return to Scotland she took up painting again in earnest, forced to earn a living from it. Until she travelled in Spain in 1951 her paintings were mainly still life’s and landscapes, but after that visit her art developed a new strength and drama, her handling of paint was much freer, and her work developed a more abstract quality.

Colour and texture fascinated Redpath. The influence of her father's work remained with her, as she observed in later life in an exhibition catalogue: "I do, with a spot of red or yellow in harmony with grey, what my father did with his tweed." In the last twelve years of her life she painted in Corsica, the Canary Islands, Portugal, Amsterdam and Venice. Serious illness in 1955 and 1959 seemed only to intensify the emotion with which she charged her canvas.