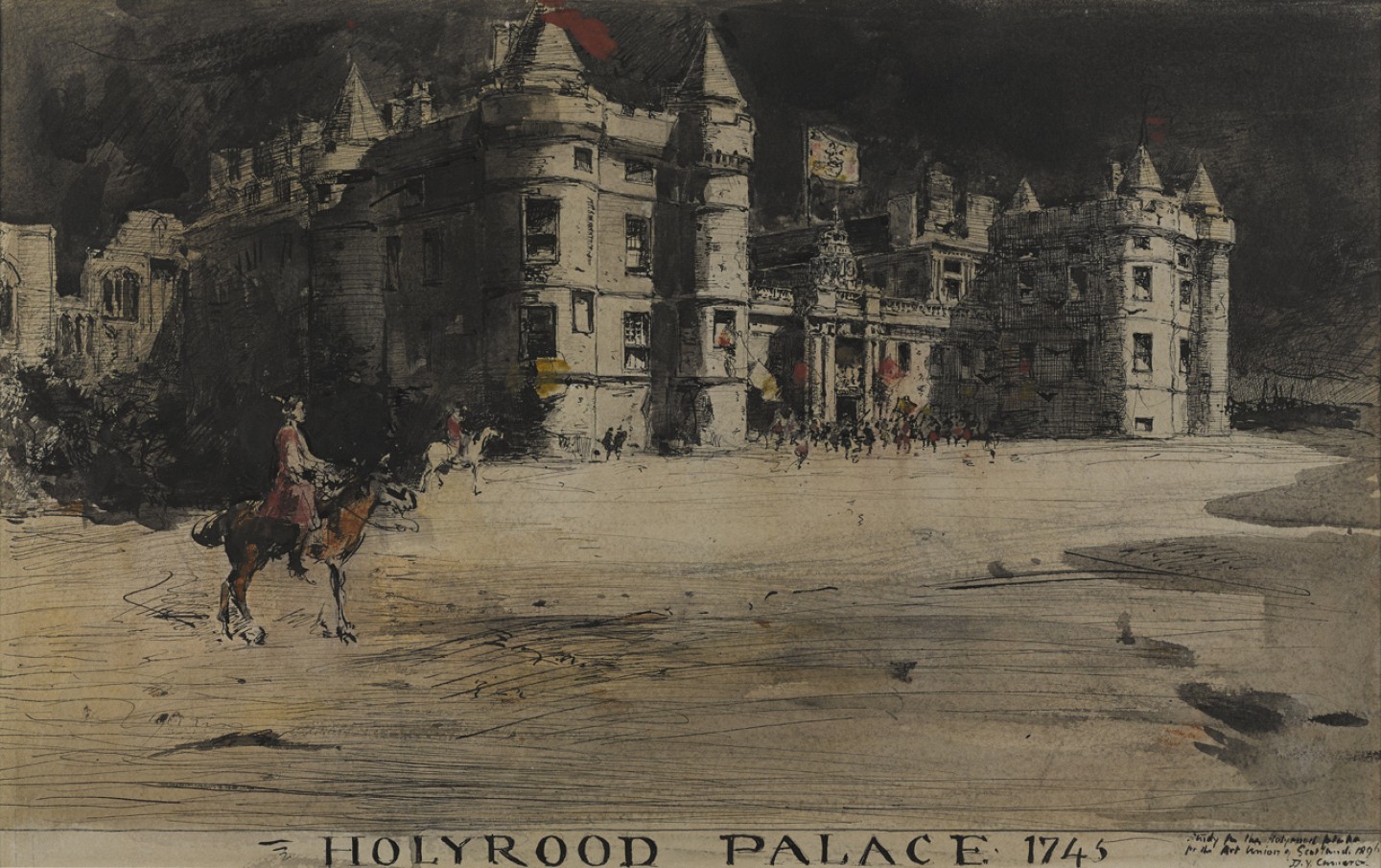 Cameron was a man of considerable importance and influence in British art circles in the 1920s and 1930s. His paintings attracted great critical acclaim and were acquired by many public art galleries in Britain and abroad. Sadly, the majority are today hidden in storerooms. Cameron's commitment to art extended well beyond the boundaries of the studio. During the second half of the First World War Cameron served as a war artist for the Canadian Government; he supervised the decoration of St. Stephen's Hall in the Houses of Parliament and of the rebuilt bank of England; he was associated with the British School in Rome for over twenty-five years; he was Trustee of the Tate Gallery and of the National Galleries of Scotland; and in 1933 he was appointed King's Painter and Limner in Scotland, an office previously held by Raeburn and Wilkie. Cameron was a son of the manse who’s deeply held religious faith was an important element throughout his life and imbued much of his work, particularly his landscapes. He devoted considerable time and energy to the Church of Scotland, advising many congregations on the redecoration of the churches.
Born in Glasgow, Cameron probably inherited his artistic ability from his mother, a talented amateur watercolourist, as did his sister, the watercolourist and etcher Katharine Cameron. While working in a Glasgow office he attended classes at Glasgow School of Art, and in 1884 he gave up office work -which he hated - in favour of painting, enrolling at Edinburgh School of Art, where fellow artists included W.M. Frazer and James Pryde.
However, it was as an etcher that Cameron first came to prominence. Like Rembrandt, who was a profound influence, Cameron was a master of light and shade, whether in a landscape, a street scene or one of his atmospheric church interiors. Over a period of some forty-five years he produced about 520 etchings and drypoints, becoming, with fellow Scots Muirhead Bone and James McBey, one of the foremost British etchers of the Etching Revival of 1880-1930.
Today Cameron is remembered as a painter of the Scottish landscape. However, his oevre included figure subjects and portraits, townscapes and architectural subjects as well as landscapes. He travelled widely throughout a long working life. His oils and watercolours show a remarkable ability to convey the character and spirit of a place.